Samsung Electronics Co., the world‘s largest maker of smartphones, will unveil new smartphones in San Francisco on Feb. 11, the company said on Jan. 5.

Samsung didn’t elaborate on details, but market watchers have speculated that new devices could include its next flagship smartphone and a foldable smartphone that folds like a clam.

“On Feb. 11, Samsung Electronics will unveil new, innovative devices that will shape the next decade of mobile experiences,” the company said on its website.

Last year, Samsung Electronics released the Galaxy Fold that has a 7.3-inch screen that users can fold like a book. 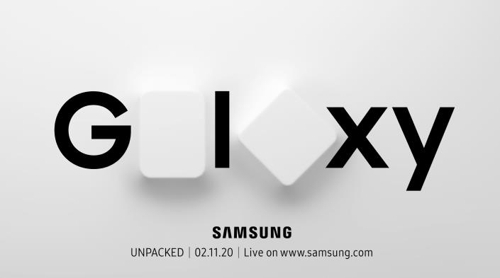 The new smartphone is expected to boast a 6.7-inch display and becomes nearly square when folded.

Compared with the Galaxy Fold, which came with a price tag of around US$2,000, the new foldable version will be available in the mid-$1,000 range, industry sources said.

Samsung‘s plan to release the model in early 2020 comes as other global brands, including Motorola and Huawei, are set to release similar models early next year.

Samsung aims to sell 6 million units of foldable models in 2020.