South Korea is exploring the possibility of forging individual free trade deals with more ASEAN member states, a senior trade official has said, in a move to further boost growing economic ties with the region. 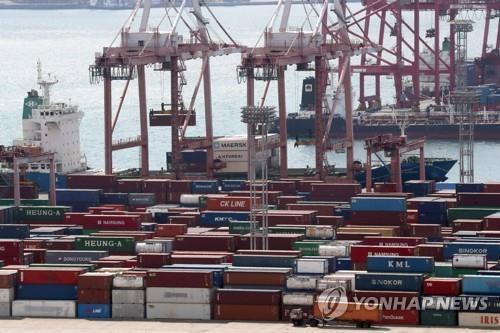 “We are reviewing the possibility of free trade agreements” with some of five countries -- Brunei, Cambodia, Laos, Myanmar and Thailand -- as part of efforts to promote bilateral economic cooperation, the official said in a recent brief comment to Yonhap News Agency.

The official, who is in charge of South Korea‘s free trade policy at the Ministry of Trade, Industry and Energy, declined to elaborate on specific countries that could be shortlisted for potential free trade deals with South Korea.

Last month, South Korea reached a preliminary agreement with Indonesia on the Comprehensive Economic Partnership Agreement ahead of the conclusion of a final deal within this year.

South Korea hopes to formally sign the deal with Indonesia early next year. The deal has to be ratified by the respective legislatures of Seoul and Jakarta.

South Korea is also pushing to clinch free trade deals with Malaysia and the Philippines by the end of the year.

If all the negotiations under way are successful, South Korea will have free trade deals with all five of its top ASEAN trading partners.

South Korea’s free trade deals with Singapore and Vietnam went into effect in 2006 and 2015, respectively.

South Korea has sought stronger economic ties with Southeast Asian countries to reduce its heavy reliance on large markets, like the United States and China, and to foster new growth drivers.

South Korea has clinched a series of free trade agreements with major trading partners, including the United States and China, in recent years as part of its efforts to boost growth in the country‘s export-driven economy.