South Korea marked the steepest drop in export volume so far this year among the world’s top 10 exporters, data showed.

Korea’s export slowdown was especially noticeable in July, due partly to the slowdown in overall world trade volume and the drop in prices of semiconductors and petroleum products. Exports to China, in particular, dropped significantly by 16.6 percent from the previous month. 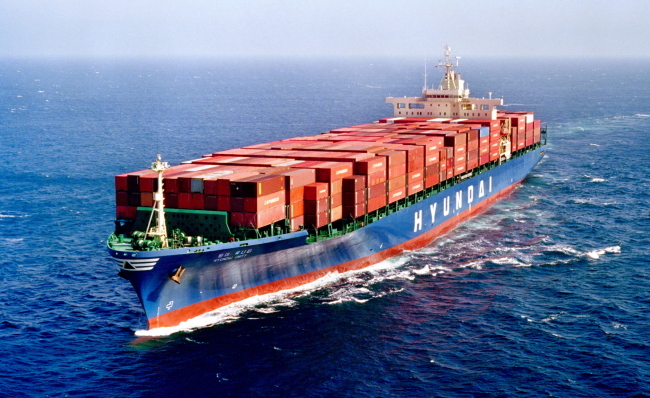 The month coincides with when Japan started to impose export curbs on key materials crucial to Korea’s semiconductor industry, though direct impact from the restrictions remained slight at the time, if any.

According to monthly export figures recently compiled by the World Trade Organization, the accumulated export volume of Asia’s fourth-largest economy stood at $317.3 billion as of the end of July, down 8.94 percent from a year earlier.

This was the steepest on-year decline among the world’s top 10 exporters -- China, the US, Germany, Japan, Netherlands, South Korea, France, Hong Kong, Italy, the UK. The ranking was based on their total exports in 2018.

Most countries have seen their trade volume shrink this year, amid prolonged trade tension between Washington and Beijing as well as the overall slowing pace of the global economy.

Hong Kong, Germany and Japan also marked an on-year drop of over 5 percent in export volume during the same period, data showed.

Among the top 10, China was the only country that saw a slight increase -- up 0.59 percent on-year -- despite the impact of the US-China trade war. The US, on the other hand, saw its figure slip 0.9 percent on-year during the same period.

The aggregated export volume of the 10 countries came to $5.7 trillion as of the end of July, down 2.84 percent from the same period last year. This was the first time in three years that the top 10 states’ accumulated export total as of July took a downturn.

Korea’s exports were the most sluggish in July, with the monthly volume coming to $ 46.1 billion, down 11.04 percent from a year earlier. This on-year decline was the second-steepest among the top 10 countries, after the UK, which logged an 11.33 percent fall in light of the possible consequences of a “no-deal Brexit.”

In early July, Japan imposed tighter restrictions on exports to Korea of fluorine polyimide, photoresist and hydrogen fluoride, which are crucial for the semiconductor and display industries. It later removed Korea from its whitelist of countries that receive preferential treatment in trade. The measures were seen as economic retaliation against Korea’s court ruling that had ordered Japanese firms to compensate victims of wartime forced labor.

Japan, however, saw its monthly total exports climb slightly in July, up 1.39 percent.