The entities have submitted their letters of intent for a 31.07 percent stake in Asiana Airlines by Kumho Industrial. The carrier’s newly-issued shares will also be up for grabs. 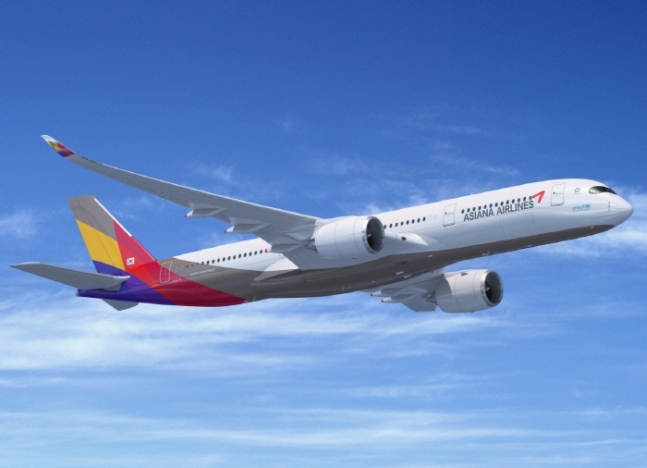 The existing shares’ market value is roughly 380 billion won ($312.6 million). If combined with the cost of buying new shares and acquiring subsidiaries, the size of the deal may rise up to 2 trillion won, according to industry sources.

Asiana Airlines, trading on South Korea’s main bourse Kospi, ended 1.8 percent lower on Sept. 3 as the stock price began to climb down from around 2 p.m. -- a deadline for the preliminary bidding.

In particular, consumer goods maker Aekyung owns a stake in low-cost carrier Jeju Air. KGCI, which holds stakes in Korean Air's largest shareholder Hanjin KAL, did not disclose a strategic investor it will partner with for the acquisition. HDC-led consortium was joined by securities house Mirae Asset Daewoo.

The final bidding for the acquisition is scheduled to be held in October or November.

The final round is still open to those who did not participate in the preliminary round, according to industry sources.

Shares of Asiana Airlines, as well as its subsidiaries including Air Seoul, Air Busan and Asiana IDT, have been up for sale as part of the relief plans led by creditors including state-run Korea Development Bank.

While state-run KDB Chairman Lee Dong-gull called the bid the “deal of a lifetime,” doubts have been highlighted on bleak outlook and growing debt for Korea’s second-largest air carrier.