Global smartphone giants, including Samsung Electronics and Apple, are gearing up for a new round of competition with the upcoming releases of their flagship smartphones in the latter half of the year.

Apple has just thrown down the gauntlet by sending out invitations for its annual iPhone event on Sept. 10 at Steve Jobs Theater in Cupertino, where it is anticipated to take the wraps off new iPhone models. 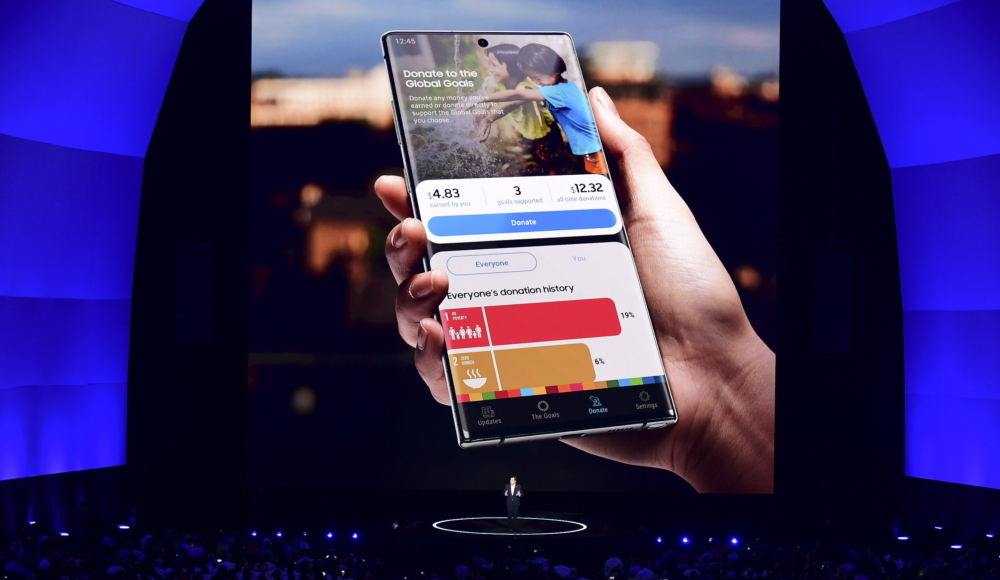 The five colors featured in the Apple logo are printed on the invite, which could hint the next-generation iPhone lineup will come in more diverse colors than its predecessor.

However, in terms of hardware, the new iPhone lineup will likely be overshadowed by its rivals’ new flagship models. The new Apple devices will be the only high-end smartphones that do not support the 5G network, the latest mobile network technology that is theoretically 20 times faster than the current 4G.

Some of Apple’s largest markets, including China and Japan, are stepping up efforts to adopt 5G technology, and demand for 5G-enabled phones there will likely increase in the coming months.

Most Chinese smartphone makers, such as Vivo, Lenovo, and Oppo, are expected to showcase 5G smartphones during the IFA electronics trade show, scheduled to be held from Sept. 6-11 in Berlin.

Pointing out the falling sales of iPhones recently, some market analysts said Apple’s smartphones are losing their luster due to the slowing pace of innovation.

“Too few incremental benefits are preventing existing iPhone users from replacing their smartphones,” Anshul Gupta, an analyst from research firm Gartner, wrote in a report.

Seemingly aiming to steal its US rival’s thunder, Samsung is reportedly planning to unveil the long-awaited foldable smartphone Galaxy Fold on Sept. 6, several days before the unveiling of the new iPhones.

The Korean tech firm has reportedly ironed out technical glitches of the Fold. The smartphone was supposed to hit stores in April this year, but the launch was put off due to technical problems found in the screen and a hinge that connects the two halves.

The premium phone will come with a price tag of between 2.3 million won ($1,900) and 2.4 million won, and fewer than 1 million units are anticipated to be rolled out.

Meanwhile, Korean tech firm LG Electronics, which has fallen out of the race in the premium smartphone sector, will be trying to save face with an upgraded dual-screen smartphone, named the V50S ThinQ in Korea and G8X in other global markets.

The LG phone, the successor of the V50 ThinQ released earlier this year, could include a case to add a second screen while an additional small screen will likely be fitted on the outer side. It will be introduced during the German trade show next month.

In the second quarter, global smartphone sales stood at 368 million units, down 1.7 percent compared with the same period in 2018, according to Gartner.