A tweet by a teenager living in Kentucky, the US, made LG Electronics’ smart refrigerator go viral globally this week, raising the question of whether the fridge could be used to tweet.

A fan of singer Ariana Grande, named Dorothy, tweeted Aug. 8 that she was posting via LG’s smart fridge as her mother had taken away her smartphone. 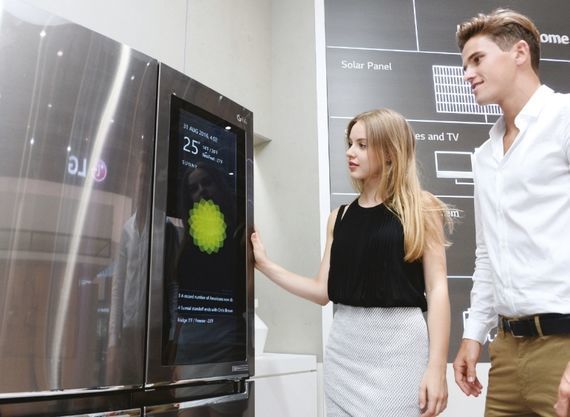 “I do not know if this is going to tweet. I am talking to my fridge, What the (explicit) my mom confiscated all of my electronics again,” read the tweet, indicating its source device as the LG Smart Refrigerator.

Dorothy’s followers showed support for her by retweeting with the hashtag #FreeDorothy, calling on her mother to return her electronic devices. This was even retweeted by LG Electronics on Tuesday.

However, some media outlets specializing in IT questioned whether the source of tweets had been manipulated to indicate a particular device. They said the LG smart fridge does not have a function to tweet.

“Web browsing is possible on the latest smart fridge model, but it’s not been confirmed whether Twitter is accessible on the fridge or not,” said an LG Electronics official.

The latest smart fridge model by LG features a 29-inch transparent display that works as a touch screen, voice recognition platforms Google Assistant and Alexa, a wide angle camera and a Bluetooth speaker. It runs on Windows.