The two companies are due to come up with more details by November about what is estimated to be a 700 billion won ($576.2 million) sales deal for a combined 54.06 percent stake. 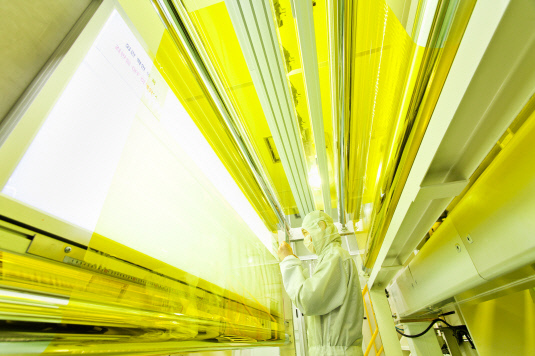 SKC and Kolon Industries each own 27.03 percent stake in SKC Kolon PI, as their ownership was lowered due to its listing on secondary bourse Kosdaq in 2014.

This came a month after the two companies expressed their intention to sell stakes.

The Suwon-based JV, founded in 2008, is dedicated to manufacturing heat-resistant polyimide films for foldable smartphones and secondary cells for electric cars. SKC Kolon PI is one of the four major global players that takes up over a combined 60 percent polyimide market, along with DuPont-Toray, Kaneka and UBE Industries.

Shares of SKC Colon PI fell upon the disclosure, trading 4 percent lower than the previous day’s close as of 1 p.m. SKC then was 3.5 percent lower, while Kolon Industries were 0.6 percent higher.