It has been only a few months since Taipei-based startup GliaCloud began to consider Korea as its next destination in Asia. Joining local startup ecosystem builder Taiwan Startup Stadium in March was the watershed moment.

Last December, GliaCloud launched the Korean version of GliaStudio, a platform that converts articles and blog posts into short clips within minutes. Soon the startup realized that expanding in Korea would be more costly than expected, and it began to look for more affordable ways to engage with clients offline.

“It was a big question because we didn’t have any connections,” Demi Chang, business development representative of GliaCloud, told The Investor.

Since then, it has made a lot of progress. Backed by TSS, the startup arranged meetings with potential partners and now plans to organize a showcase.

GliaCloud was one of four Taiwanese startups to join TSS’ first tour to Korea, along with MatchNow, Big Good Design and CellWine. They are part of some 160 members of TSS, a National Development Council-backed startup hub builder. 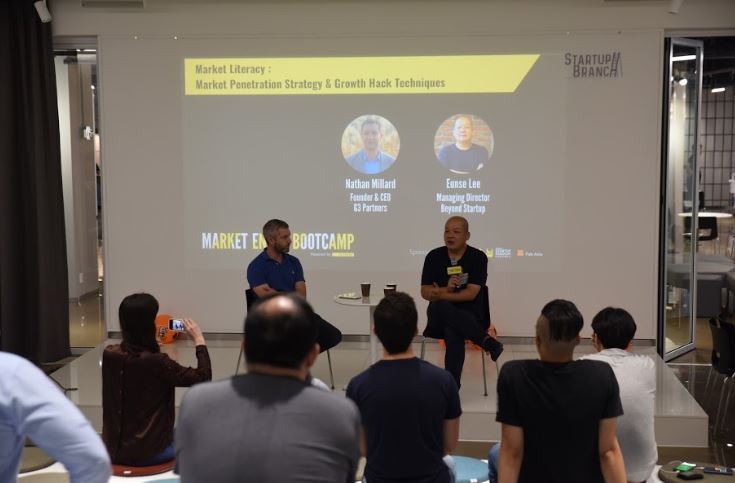 
Over the past week, TSS took part in the NextRise 2019 exhibition with the startups on July 23-24 and subsequently co-hosted TSS Market Entry Bootcamp at Startup Branch at Coex in Seoul. TSS’ efforts have not been limited to arranging meetings between local startups -- over 4 out of 5 of which are early-stage -- and potential partners, says TSS CEO Leroy Yau.

“We need to help them do more homework,” Yau said.

For CellWine, a cellar management system startup, a weeklong trip with TSS to Korea -- its second-largest user base -- not only allowed the startup to meet Korean partners that could rent the wine storage, but also helped with localization plans through TSS Market Entry Bootcamp.

“We could watch legal issues because we are dealing with wines. (Wine) is not like common commodities so we had to be careful with that,” said CellWine Founder and CEO Eric Tang.

MatchNow, a social influencer network platform startup that already has operations in Japan, learned about a more viable approach specifically to Korean media. On the other hand, Big Good Design, which already sells the Vago vacuum compressor for luggage in Korea, was able to overcome cultural boundaries between Taiwan and Korea.

The Seoul event, attended by some 60 participants, was part of TSS’ efforts to connect Taiwan-based startups with global resources, knowledge and networks in Asian cities ranging from Bangkok to Hong Kong and Tokyo, as well as in North America.

“(Taiwanese startup founders) have more tech-driven solutions,” Yau said. “The challenge is more about how do they find a whole product market fit.”

Formerly a professional for business and IT advisory services with decades of experience, Yau said it is inevitable for Taiwanese startups to eye overseas markets.

“(The Asian market) generally faces the same problems. Local market is not big enough, so (startups) don’t have enough exposures. Therefore, the deal flow individually is not attractive to VCs,” he said.