North Korea built its nationwide wireless network within three years backed by Chinese telecommunications giant Huawei Technologies, according to a report by the Korea Institute for National Unification on July 23.

The report, which analyzes telecommunications development in North Korea, said its network is backed by Chinese tech companies Huawei Technologies and ZTE. 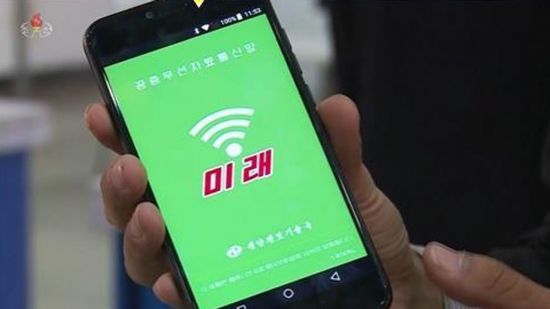 “This means 92 percent of the population can access the wireless network,” the report said, adding that Koryolink’s subscriptions soared more than 1,000 percent in the first quarter of 2009.

Jung Eun-mi, author of the report, said that North Korea’s network development stopped in April 2004 when trains exploded killing more than 160 people, but resumed when Koryolink, a joint venture between Orascom Telecom and the state-owned Korea Post and Telecommunications Corp., was established at the end of 2008. Orascom Telecom was founded in Egyptian capital Cairo and is now headquartered in Amsterdam.

In addition to Koryolink, two other telecom firms -- Kangsong Network Carrier founded by the government in 2013 and Star operated by the Star Joint Venture set up with Loxley, a Thai telecom firm -- have since established and compete in the market. The report said Kangsong Network shares base stations with Koryolink but produces its own carrier and provides 3G network services to high government officials and foreigners.

The imports of Chinese mobile phones contributed to the fast-growing carrier market, but North Korea began producing its own smartphone Arirang in 2013, after which the country introduced a variety of its own models, according to the report.

The introduction of domestic cellphones slowed down the import of Chinese units. Imports of smartphones from China grew a whopping 83 percent on-year to hit 1.07 million cellphones in 2014, but in the first 10 months in 2015 the figure decreased by 31 percent from the same period in 2014.


The exact cellphone penetration rate in North Korea is unclear, but according to a joint survey between the Central Bureau of Statistics of North Korea and UNICEF, 69 percent of total households and 90.6 percent in Pyongyang own a mobile phone. In 2018, Kim Yon-ho, a research fellow of the Korea Economic Institute of America, estimated the number at 5 million people, which is about one-fifth of the population.

Meanwhile, the Washington Post on July 22 reported that Huawei secretly helped its neighboring country build its wireless network for eight years until as recently as 2016.

The newspaper raised questions as to whether Huawei violated US export controls to furnish equipment to North Korea, which has faced extensive international sanctions over its nuclear weapons program and human rights violations.