Other contenders such as Hanwha Group and IMM Private Equity have reportedly walked away from the bid to acquire the 98.37 percent stake in Lotte Card. Bid manager Citigroup Global Markets Korea Securities will choose a preferred bidder by early May. 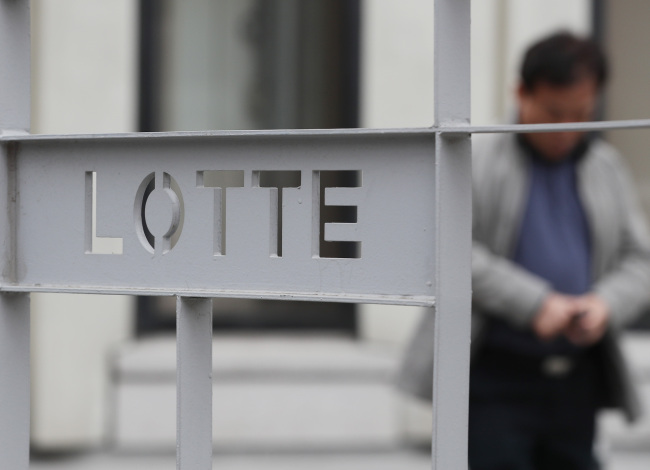 Related:
Lotte deals lack bidders: Was it all a hype?

“(Hana) is one of the most preferred contenders for the Lotte Card acquisition, and the deal will help Hana Financial Group and its affiliates achieve the economy of scale,” Jun Bae-seung, an analyst at Cape Investment & Securities, wrote in a note on April 22.

In 2018, Lotte Card was the fifth-largest here in terms of credit card transactions with an 11.2 percent market share. The market share of Hana Financial’s credit card arm, Hana Card, was the seventh-largest at 8.2 percent. Combined, the figure would climb to second-highest following Shinhan Card, which holds the No. 1 spot with 21.5 percent.

Over the short term, however, the deal is likely to impose a burden on Hana Financial, as its possible acquisition comes amid government-led regulations undermining Korean card companies’ commission-fee revenues in an effort to protect small-business owners.

Hana Card’s net income in the first quarter this year fell 28.4 percent on-year to 18.2 billion won, according to a preliminary earnings estimate from the holding company on April 19. This comes in contrast to the 63 percent on-year rise in Hana Financial’s groupwide net profit during the same period.

But for Hana Financial, securing a growth engine through an M&A is inevitable, Eun Kyung-wan, an analyst at Meritz Securities, wrote April 22 in a note.

“Lotte Card’s low return on investment, which came to 5 percent as of 2018, coupled with heightening Korean regulation on credit card companies would add to investor concerns,” Eun wrote. “In the mid- and long-term perspective, M&A is the only choice to enhance capital efficiency and secure growth engine.”

Eun added that Hana Financial could be expected to take advantage of newly issued securities to raise capital, in addition to 1 trillion won cash in hand, citing Hana Financial Chief Financial Officer Lee Seung-yeol in a conference call on April 19.

The share price of Hana Financial Group, trading on the top-tier Kospi bourse in Korea, was 1.3 percent lower in closing on April 22 than the previous trading day’s closing price.