[THE INVESTOR] Blockchain is the latest buzzword across businesses, with many heralding the budding technology as the “new internet.” Despite the hype, however, its wide adoption around the world has been rather slow.

Blockchain, the underlying technology behind Bitcoin and Ethereum, is at a critical juncture, according to Jay Park, head of Lambda256, the research arm of Dunamu, operator of the nation’s largest crypto exchange Upbit.

"Blockchain is at the crossroads,” Park told The Investor in an interview held at Dunamu’s office in southern Seoul last week. “The next year or two will be important. It has potential to become the next big thing like internet, or could fail to become mainstream.”

Park said people are beginning to ask what blockchain can do in real life, especially after the precipitous decline of Bitcoin’s price. And if the up-and-rising industry cannot answer that question, blockchain will just become another technology, or a league of its own.

In this critical time, Lambda256 vows to make blockchain mainstream through its new developer tool called Luniverse. It allows firms to develop their own blockchain-related decentralized applications, or dApp. The beta version was released in September, with plans to launch the main service in December, after completing all the updates. 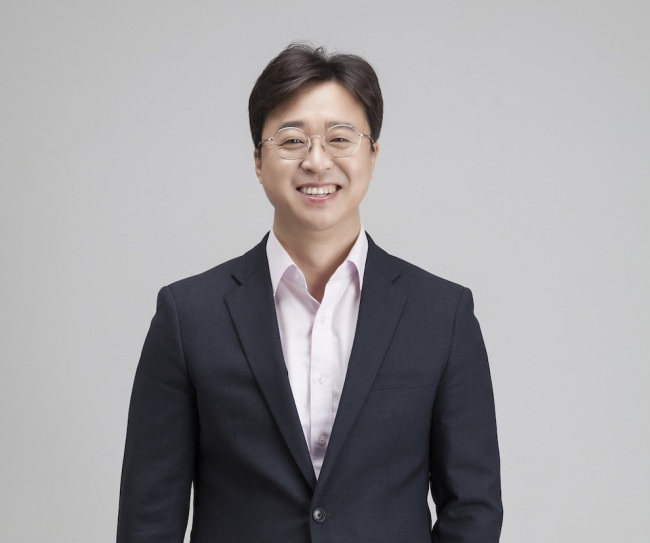 Park is the inaugural head of the research institute that debuted in May. He formerly served as vice president of SK Telecom and previously worked at Samsung Electronics, where he developed mobile payments service Samsung Pay and instant messaging app Samsung ChatON.

“Lambda256’s vision is to become a blockchain enabler. We want to help businesses that need the technology by providing high-quality infrastructure at a reasonable price,” said Park. “So that businesses can focus on providing services for their customers, instead of having to struggle with technical details.”

In comparison to other dApp tools, Luniverse is easy to use, where people and firms, even with limited expertise, can easily and immediately transform their existing web-based service into blockchain-based services. With the help of the Luniverse, firms can create their own mainnet, as well as tokens.

“One of the key strengths of Luniverse is its controllability,” said Park. “When firms use existing blockchain platforms, they are bound by the platform’s features and timeline. Which means, they can’t change the key features of the platform or improve their services on their own timetable. But Luniverse helps firm create their own mainnet. It gives freedom and sole control of the platform to the firm to decide features and their blueprint.”

Since the launch of its testnet, local companies, especially game and content firms, are showing great interest because they can leverage blockchain technology into their existing reward and token systems. The tool is also affordable, as it offers a pay-per-use system.

“Most firms that have shown interested in Luniverse are running their services for a long time,” said Park. “With the leg-up by Luniverse, they want to make their services more valuable, expand user base and diversify services by implementing blockchain.”

Lambda256, under the Dunamu umbrella, seeks to strengthen synergies with its affiliates, including crypto exchange Upbit, and its investment arm Dunamu & Partners, which has pledged to invest 100 billion won (US$89.19 million) in blockchain technology.

Utilizing Dunamu’s growing presence in Southeast Asia, with Upbit’s Singapore launch, Lambda256 is also seeking to tap into the region.

“Blockchain is a borderless technology,” he said, adding that the firm plans to expand services in Southeast Asia, likely in the second half of next year.