[THE INVESTOR] Regulations are a heated topic in cryptocurrency market, pushing the price up and down depending on the authority’s stance on the burgeoning industry.

With regulators soon planning to finalize Korea’s first legislation on cryptocurrency, industry watchers are curious on what the new law will mean for the industry that is still struggling to find ways for further development and wider adoption.

As for Bitcoin expert Samson Mow, chief strategy officer of Blockstream, he believes sensible regulations are necessary to move the industry forward.

“It’s good to have favorable regulations that promote a healthy industry,” Mow told The Investor during an interview on the sidelines of the Blockfesta conference last week. “The point of regulations is that people are not scammed, swindled or defrauded. If that’s what the regulators have in mind, I don’t think there will be any problems.”

“You could have a very heavy-handed approach like China, but it’s not very conducive. Because in the end, people will still find ways to trade.” 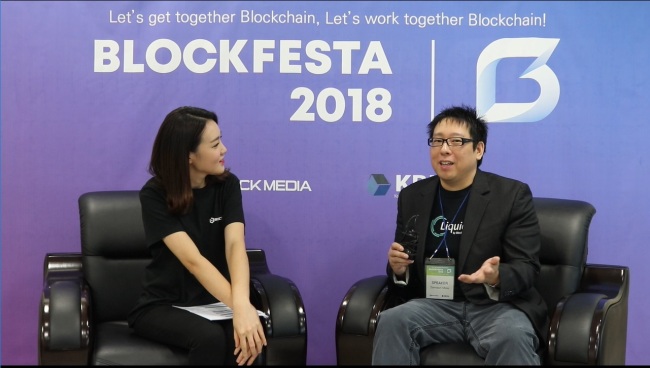 The Chinese-Canadian also left the cryptocurrency scene in China in early 2017 when the government outright banned cryptocurrency trading there. For two years, he served as COO of BTCC, China’s first Bitcoin exchange and one of the world’s largest.

Based on his experience at the exchange, he believes Bitcoins are still undervalued and have greater room for further growth.

“A lot of investors don’t seem to understand how to value cryptocurrencies,” he said. “Lot of people just look at things like market cap, volume and price of the coins. But that is not equal to how valuable the cryptocurrency is.”

For him, market depth -- the market’s ability to sustain relatively large orders without impacting the price of the cryptocurrency -- is what matters the most. Liquidity is critical as well, the ability to buy and sell coins easily on the exchange for exactly the worth it has. “There are lots of coins out there without the market and demand,” he said. “Volume and market cap are both meaningless for cryptocurrencies.”

For this reason, he views Bitcoins will have greater value in the future despite the recent boom and bust of prices. And perhaps, it could become one of the key payment tools used by everybody when the technology matures.

That particular technology, according to Mow, is lightning network, the second layer solution that operates on top of Bitcoin blockchain, enabling fast peer-to-peer payment transaction with lower fees.

“The lightning network will make using Bitcoins for payments a sensible option,” he said. “Right now, it makes no sense to use cryptocurrencies to spend in everyday life. But the lightning network will make the transactions simpler and more streamlined. It’s permission-less and decentralized, with no settlements and fees involved. It’s just like cash.”

“Bitcoins will probably become the mainstream payment method in the next five years,” he said. “Some say it will take longer, but from everything we have seen, everything moves a lot faster in the digital currency space.”