[THE INVESTOR] Samsung Group Vice Chairman Lee Jae-yong told top government officials on Aug. 6 that he is willing to get the biopharmaceutical business back on track amid the prosecution’s ongoing investigation into Samsung BioLogics on a suspicions of accounting fraud.

“The group will foster the biopharma business into the second semiconductor business (of Samsung),” Lee said in a meeting with Finance Minister Kim Dong-yeon along with top executives of the group’s 60 affiliate companies gathered at Samsung’s chip-making plant in Pyeongtaek, Gyeonggi Province. 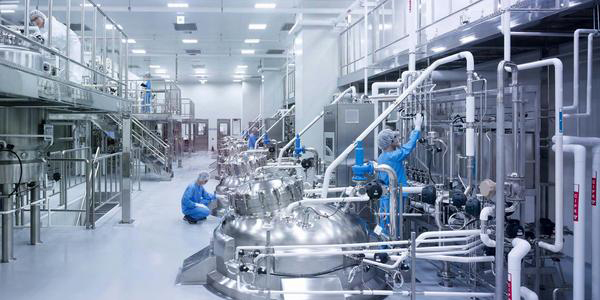 The remarks reaffirm Lee’s years-long plan to make the contract drug-making unit Samsung BioLogics and its biosimilar-making affiliate Samsung Bioepis the conglomerate’s future growth engines, hoping they will give a boost similar to that of its smartphone and chip businesses.

Samsung BioLogics CEO Kim Tae-han, who is currently under investigation by prosecutors for alleged accounting irregularities, didn’t not show up at the meeting.

Here are the key topics that the Samsung Bioepis CEO addressed in the meeting.

For Samsung Bioepis, which focuses on the development of copy versions of blockbuster biological drugs, the price of its biosimilar products is directly linked to its financial performance.

While drug pricing is decided by free-market competition -- a public bidding or procurement in the US and EU -- the Korean government is heavily involved in setting medicine prices, Ko noted.

“If pharma companies take part in market competition voluntarily to create reasonable drug prices in Korea, it will increase competiveness of the biosimilar industry and reduce the government’s health care spending over the mid-to-long term,” Ko said.

Ko called on the government to offer tax relief measures for clinical trial expenditure that accounts for more than half of the entire development costs.

Under the current regulations, spending that companies make for clinical trials on biosimilar candidates is not tax deductible. Companies cannot claim tax credits for expenditure on phase 3 clinical trials for new drugs conducted outside Korea.

Offering corporate tax incentives to foreign pharma and biotech companies that seek to build a plant in Korea will help Songdo, Incheon, to become a global bio industry hub, he said.

“Currently, we are facing difficulty in creating an ecosystem for the bio industry in Songdo as foreign firms that were considering setting up production sites in the city are eyeing Ireland and Singapore due to corporate tax burdens,” the CEO said.

With the government’s initiatives to create a bio cluster, Merck’s M Lab Collaboration Center, Samsung BioLogics, Samsung Bioepis and Celltrion are based in the city.

Outdated regulations that complicate the process of importing biologics active pharmaceutical ingredients was one of the issues raised by Samsung.

Industry sources said Samsung BioLogics‘ business model -- providing contract development and manufacturing service -- is new to the country so the related rules haven’t keep up with the industry’s growth in recent years.

The company said it has to seek approval from two different government offices -- Ministry of Food and Drug Safety and the Ministry of Environment -- to bring pharmaceutical ingredients from foreign client firms.