[ET NEWS] Samsung Electronics is seeking to adopt high-end features like triple-lens camera and on-screen fingerprint scanning for its budget smartphones even before their full adoption for its flagship Galaxy S series, according to industry sources on July 30.

The firm’s global hardware development team that is responsible for developing lower-range phones except Galaxy S and Note phones has recently started research for upgrading key functions of its Galaxy A series. 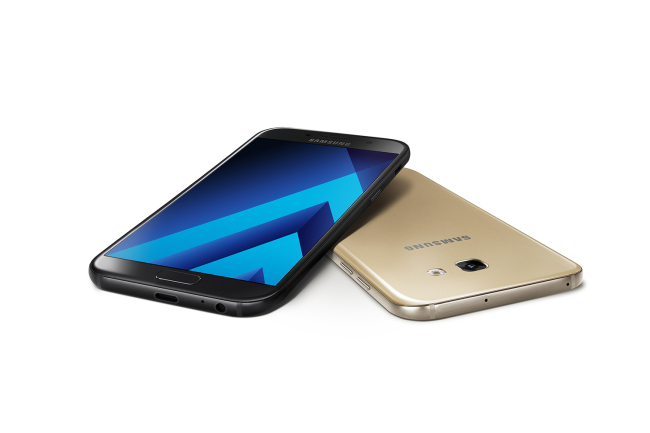 One of the features considered is a “super-wide angle” triple-lens camera that greatly improves landscape photography. Next year’s Galaxy S10+ is widely expected to feature the most advanced camera in the market first as a Samsung phone.

Another feature is on-screen fingerprint scanning. While the upcoming Galaxy S10 is likely to feature an ultrasonic scanner, the latest technology, a less-advanced optical scanner is said to be being studied for the Galaxy A.

It is rare for Samsung to develop high-end features at the same time for both its flagship and budget phones even though there may be some differences in technological specifications. Sources say Samsung is likely to be renewing its budget phone push amid lukewarm sales of its flagship premium phones.

“Since the Galaxy Note 7 fiasco, Samsung has been cautious about adopting new technologies or parts from new suppliers. But it seems to be changing its strategic direction in order to further strengthen competitiveness of its budget phones,” an industry source told ET News on condition of anonymity.

The source added the firm has also decided to use more China-made parts for price benefits.

Sources say Vice Chairman Lee Jae-yong’s recent visit to China may have also affected the firm’s strategic change. During the visit, the heir allegedly showed keen interest in how Chinese companies are producing quality phones at cheaper prices and ordered new measures to respond to them.

By Yoon Kun-il (benyun@etnews.com)
This story was co-produced by The Investor and ET News.