[BEYOND BLOCKS] BOScoin out to change the financing world

[THE INVESTOR] When the first Korea-born cryptocurrency BOScoin conducted an initial coin offering last year, it sold like hotcakes.

Such a feat, according to its CEO Yezune Choi, is attributed to people’s interest in the firm’s mission to solve costly, inefficient financing through blockchain technology.

“People were especially drawn by our direction of communizing assets, generating credits and managing finance collectively, all possible through blockchain technology,” said Choi. “We have been communicating with our members for a long time through meetups and events prior to the ICO, to share our vision in this industry. I think many people identified with our mission.” 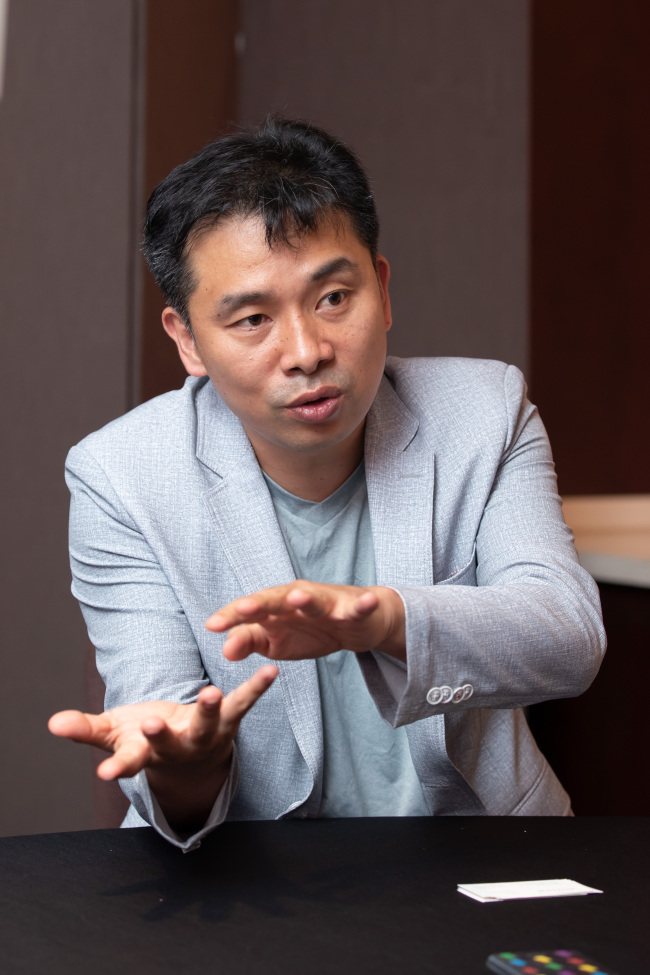 BlockchainOS CEO Yezune Choi speaks during an interview with The Investor.

Following its successful ICO and public listing, the Seoul-based blockchain startup is making all-out efforts to tackle how companies can raise funds for their business, namely by introducing blockchain-based public financing, as opposed to conventional project financing.

“Through our platform, we want financing to be easily accessible for companies and people. And we want to build a community around that,” he said. “Project financing is often expensive, due to high fees. But public financing is cheaper and allows many people to take part. Our goal is to hack capitalism in the most capitalistic way.”

Public financing will be conducted on its mainnet BOSNet, which is slated for a November or December debut. He explained three key underlying technologies of the flagship platform, that enable participants to review, vote and invest in different finance projects. There is the in-house developed ISAAC, which is a consensus protocol that saves data in the blockchain safely and efficiently. The ISAAC, an acronym of the four steps of the consensus process -- initializing, signing on, accepting and all-confirming -- is optimized for deals of all sizes in public financing, Choi emphasized.

The second key technology is the “Trust Contract,” a contract language used in public financing, which focuses more on building trust and a reliable framework in comparison to the more widely used Smart Contract. The last is its fully homomorphic encryption technology -- which allows users to cast secret ballot on the platform when deciding on financing projects -- on the governance system referred to as Congress Network. “We are the first blockchain firm to deploy homorphic encryption technology into blockchain projects,” he said. “This is crucial to ensure anonymity and credibility of voters on the platform.”

Prior to the official release of the main platform, the firm made the source code of TestNet available since June to receive feedback from developers and interested partners to get a head-start.

To deploy the most reliable and up-to-date technology, the firm recently established its own blockchain research and development arm ARIST, which stands for the Advanced Research Institute for Social Trust, in Daejeon, 160 kilometers south of Seoul known as the tech hub of Korea. Helmed by Dr. Lee Jong-hwan, the institute is in charge of developing and verifying reliability, scalability and privacy of the platform, to speed up adoption and commercialization.

Once the mainnet goes live, Choi believes more companies will conduct reverse-ICOs, where existing companies run a token sale for their new decentralized projects, via its platform.

BlockchainOS in June launched the “Reverse ICO Partner Program,” looking for companies that want to run financing projects on BOSNet. Under the program, the companies can raise capital with both technical consultation and financial backing from BlockchainOS. For instance, if a firm raises 500 million won in the pre-ICO stage, BOScoin will match it with 500 million won. Once the firm completes an ICO, it can raise additional funding on the BOSNet, through public financing. 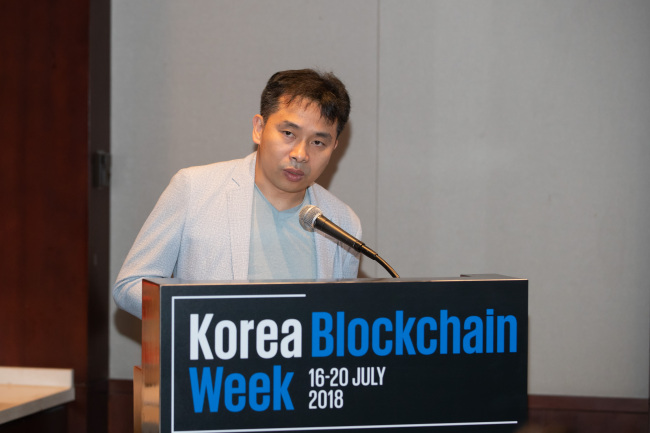 “In comparison to regular ICOs, reverse-ICO is less risky in the financing perspective as it has a proven business model. It delivers a higher success rate as well,” said Choi. “Companies need to figure out their business needs first. And if they need blockchain capability to improve their services, that’s when they implement the right kind of blockchain technology. Reverse-ICO comes after that.”

He added that growing number of small and medium enterprises have shown interest in its reverse-ICO program.

But in order for public financing to run more efficiently, establishing a strong community group is critical, as they will be the decision makers, Choi added.

“We hope to get at least 10,000 voting members around the world on the platform” he said. There are about 3,000 members of BOScoin project as of today.

To do so, the firm will go around the world to promote and get the word out about the project so more people can join the community, starting September. It is essential to target both cryptocurrency trading strongholds, such as Korea, Japan and China, as well as European countries and the US, that are highly interested in issues like voting communities and governance, he added.

“We would like to form BOSCoin communities in South America and Africa as well,” he said. “In order to generate and manage credit on a large-scale, we need to be more scalable.”