[THE INVESTOR] Regardless of the mixed outlook about whether North Korean leader Kim Jong-un will really have a change of heart this time, global firms and investors have started inquiring about business opportunities in the communist country, East Asia’s last untapped growth market.

Critics may say it’s too intrepid to put money in one of the highest-risk markets in the world. But Korean accountancy firm KPMG Samjong’s partner Kim Kwang-seok who has been leading the firm’s North Korea Business Center since 2016 stresses it will be too late after sanctions are lifted.

“A huge paradigm shift is happening in the region. If businesses fail to join the early-stage projects, there will be no opportunities left,” he told The Investor in a recent interview. “You should be ready to take immediate action when the sanctions are withdrawn. That’s why many big companies have started studying the market.” 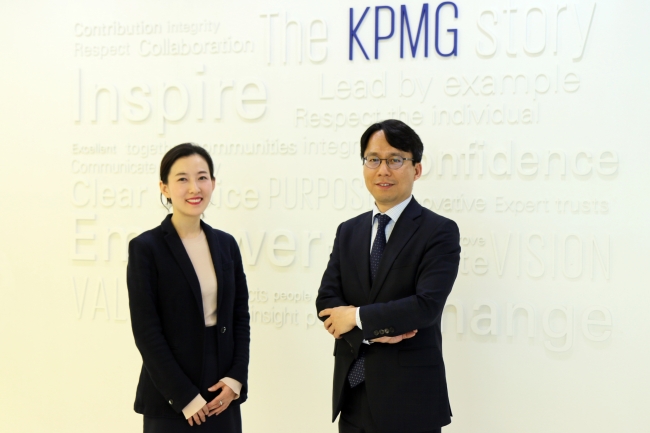 Samjong set up the center back in 2014 when it was in charge of auditing firms doing business in the Kaesong Industrial Complex, a manufacturing hub in the border city jointly operated by the two Koreas. Over the years of diplomatic and political roller-coaster rides on the Korean Peninsula, including the 2016 shutdown of the Kaesong joint venture, the team continued its own study and recently published a book that offers the most up-to-date information on business environment in the North with strategic details.

“Of course, South Korean firms will have an advantage considering their cultural and geographical proximity. But they have more fears about the risks too. Ultimately, it will be global competition,” Kim added.

Below are excerpts from the interview with Kim and Cho Jin-hee, a senior manager at the center.


The Investor: There were several failed talks in the past on doing business in North Korea. Why is the current situation different?

Kim: It’s totally different in two perspectives. First, actual changes are happening in the North. Kim Jong-un’s top priority is economic growth and he is bringing in reforms with aims to nurture an IT powerhouse. Another is the fact that doing business in the North has become a global issue following recent summit talks between North Korea and the US. Not just regional powers but also the whole world is paying keen attention to the North. You should join the paradigm shift now.


TI: North Korea is still one of the highest-risk markets. Why should firms put money in the market, not other emerging markets?

Kim: Yes, there are other underdeveloped countries but few of them can be compared to the North in terms of growth potential. They have cheaper but well-educated labor force, relatively better-developed infrastructure and a large amount of natural resources like rare earth elements and iron ore.

Cho: The market may be small, with 250,000 people only. But it is located at the very center of the region surrounded by big markets like China, Russia and Japan, not to mention South Korea. If the region is truly connected, it would create a huge market with 200 million people.


IT: Despite the summit talks, we’re not seeing anything tangible yet. Why do we have to start preparations now?

Kim: Businesses that are interested in doing business in the North have already started drawing their own business plans so that they can move immediately right after sanctions are lifted. Some of them have tentatively completed related studies on the business area, location and investment size. South Korean firms sometimes relate business in North Korea to the unification of the two Koreas but they are two different things. Countries like China, Russia and Japan are rushing to take the initiative.


IT: Businesses in the Kaesong complex are mostly SMEs. Are there new business opportunities for larger firms like Samsung and Hyundai Motor?

Kim: Infrastructure is definitely a business for bigger firms. Most of all, North Korea wants a big picture. They do not want to remain as a production hub with cheap labor. They want to secure key technologies and nurture their own industries. Kim Jong-un also hopes to attract global big names like Samsung.

Cho: Retail is no exception. Ultimately, consumer goods like fashion, cosmetics and food will help North Korean people open up and change. They already have preference for products made in South Korea over those made in the North or China. Almost all sectors have a great potential to grow in the market.


IT: What about foreign companies?

Kim: The US and other major economies will play a key role in easing sanctions against the North. One of the reasons behind the efforts is business. They would seek to support their companies to grab business opportunities in the North. Of course, the North Korean government also should come up with safety measures, especially on the exchange rate, to reduce risks for foreign investments.


IT: How should businesses prepare for the opportunities?

Kim: You should start studying the market. You can contact other companies, government offices and international organizations that have experience in doing business in the North. You should find the right contacts. Government offices also need to support firms to build communication channels in the North. You should draw your own business plans, and the plans, including a feasibility study, should be completed before sanctions are revoked.


IT: What will be the role of South Korea during the process?


IT: How do you expect the impact on investor sentiments in Korea overall?

Kim: North Korea has long been a discount factor in valuating South Korean firms. We can turn it into a premium factor. Like many firms are highly valued due to their growth potential in China, South Korean firms could elevate their value by seeking a new growth momentum in the North.