[THE INVESTOR] The wife of SK Group Chairman Chey Tae-won came under fire on June 19 after a news report alleged that she abused and verbally assaulted her former chauffeurs.

In an interview with local daily Hankyoreh, the chauffeurs claimed they were subject to frequent mistreatment and tantrums while they were working for Roh So-young since 2007. 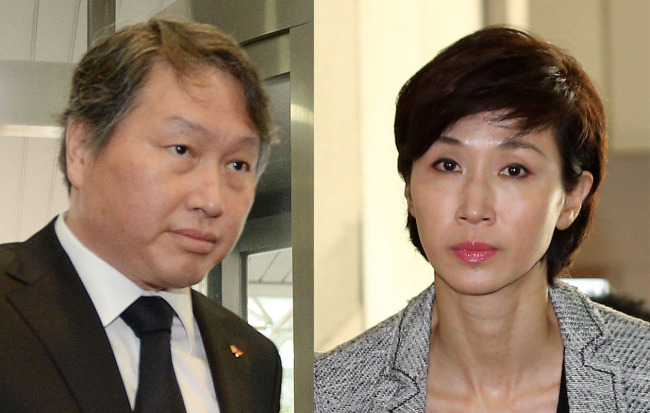 One driver said Roh used to lambaste him when tissues or gums were running out at the back seat, while another claimed he had to drive in the bus-only lane that is illegal because she didn’t accept traffic jams.

Another driver said he was not allowed to turn on the air conditioner while waiting for Roh as she is extremely sensitive to exhaust fumes.

The report said most of the drivers got fired in less than a year of working without clear reasons.

Her attorney, however, rebutted all the allegations, saying, “They are just claims by the drivers.”

Roh, 57, is director of Art Center Nabi and daughter of former President Roh Tae-woo. She and the SK chief are currently in divorce proceedings, with the first trial scheduled to be held next month.

Back in 2015, Chey publicized his estrangement with Roh, his wife of 20 years, saying he had an illegitimate child. They have two daughters and a son.

Their suit is expected to be one of the most expensive divorces in Korea. Chey’s total assets are valued at about 4.7 trillion won (US$4.30 billion) and depending on the wife’s contribution he is required to hand over up to 50 percent of the possessions.