Samsung likely to cut in with Galaxy Note 9

[THE INVESTOR] Samsung Electronics’ next flagship smartphone Galaxy Note 9 may hit stores earlier than the previous Note 8 to outshine Apple’s new iPhones and make up for the less-than-stellar performance of the S9, according to news reports on March 29.

The prediction is based on reports that Samsung Display will start producing OLED panel for the Note 9 in April, two months earlier than the usual June. This means the next-generation Note can be released as early as July or August. Samsung Display declined to comment on the supply schedule. 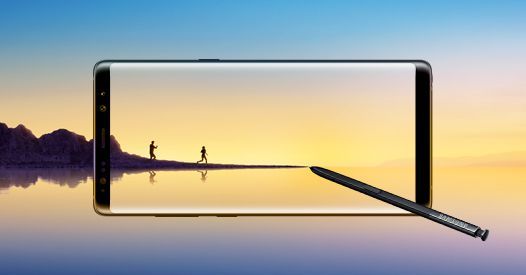 The Note 9 display, expected to measure 6.38 inches, which is bigger than the previous 6.32-inch screen, will be the largest among Samsung’s high-end handsets. It is not, however, expected to feature an in-screen fingerprint sensor.

Apple’s new iPhones are said to be another reason for Samsung Electronics’ plan to advance the schedule.

The release of Apple’s first OLED-fitted iPhone X had to be postponed from September to November last year due to technical glitches related to 3-D facial sensing technology, but the US tech giant will likely stick to the usual September timeframe this time.

Apple reportedly plans to release three types of iPhones this year -- one with a 6.04-inch LCD display and the other two OLED-based phones measuring 5.85 inches and 6.46 inches, respectively.