[THE INVESTOR] Green Cross will make a second attempt to bring its immunodeficiency treatment to the US market by submitting additional data to the Food and Drug Administration this month at the earliest, the company said on Oct. 13.

The move comes about a year after the US drug regulator rejected Green Cross’ IVIG-SN, human normal immunoglobulin G for intravenous administration, citing the need for further information on the drug’s production in November 2016, a year after it filed a biologics license application. 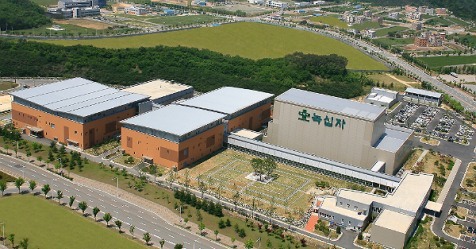 “We plan to file the additional data this or next month,” a company official told The Investor, adding that FDA officials have completed inspection of its site in Ochang, North Chungcheong Province.

Analysts here expect the drug candidate will receive final marketing authorization before June 2018 as the FDA did not raise any efficacy or safety issues related to the drug in the last rejection.

Receiving FDA approval for the treatment of primary immunodeficiency diseases is an important step for the company’s plans to expand its presence in North America.

The US intravenous immunoglobulin market is estimated to be worth some US$3.8 billion.

Its bigger plan is to target the global market for injectable plasma derivatives, including immune globulin and albumin, which is dominated by few leading players like Baxalta and CSL Behring in the US as well as Spain-based Grifols because the business requires large scale of facilities and extensive operational experience.

As a part of such efforts, Green Cross has invested 180 billion won (US$159 million) to build a plant in Canada to produce plasma protein products.

“Even if IVIG-SN gets a green light in the US next year, the drug will be produced in Korea first as the Canadian plant will begin commercial operations in 2019 after running tests,” the official said.

In June, the company said it will invest some 104 billion won in upgrading facilities in Ochang to bolster efficiency for manufacturing finished drug products of plasma derivatives and vaccines, which account for more than half of its revenue.