[THE INVESTOR] Hyundai Motor Group will unveil its first SUV concept for the luxury Genesis brand at the upcoming New York Auto Show, according to media reports on April 12.

The Genesis SUV concept will make its global debut during the press preview days on April 12 (local time), ahead of the auto show that kicks off on April 14 at the Jacob Javits Convention Center in Manhattan.

Hyundai Motor Group Vice Chairman Chung Eui-sun plans to attend the annual motor show to oversee the release, highlighting the automaker’s emphasis on its high-end marque, according to industry watchers. 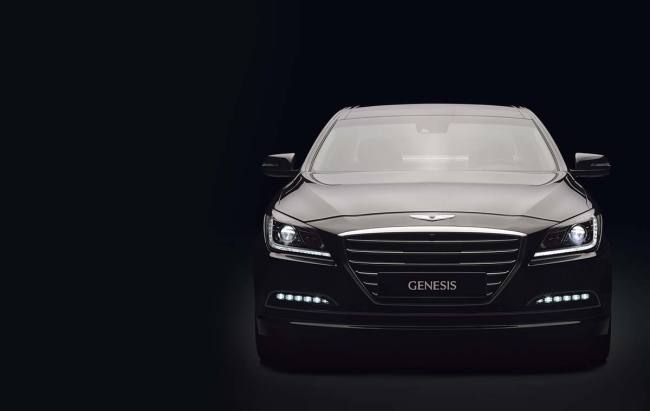 The specifications and the name are still under wraps, but the SUV is expected to be similar in size to the Hyundai Motor Santa Fe SUV with upgraded designs. It will also be based on the same platform as other Genesis sedans -- with the HTRAC four-wheel drive system and turbocharged engines running on either gasoline or diesel.

Hyundai plans to complete the Genesis six-model lineup with three sedans, two SUVs or crossovers and a coupe by 2020. The large G90 sedan and the full-sized G80 sedan are already on the market. The midsized G70 sedan will be launched in Korea in the second half of this year.

Hyundai Motor Group will also be introducing the facelift 2018 version of the Sonata sedan for the first time in the US in New York at this time. The car debuted in Korea in March. Hyundai’s smaller corporate sibling Kia Motors will unveil the Rio subcompact, sold as Pride in Korea, at the show.