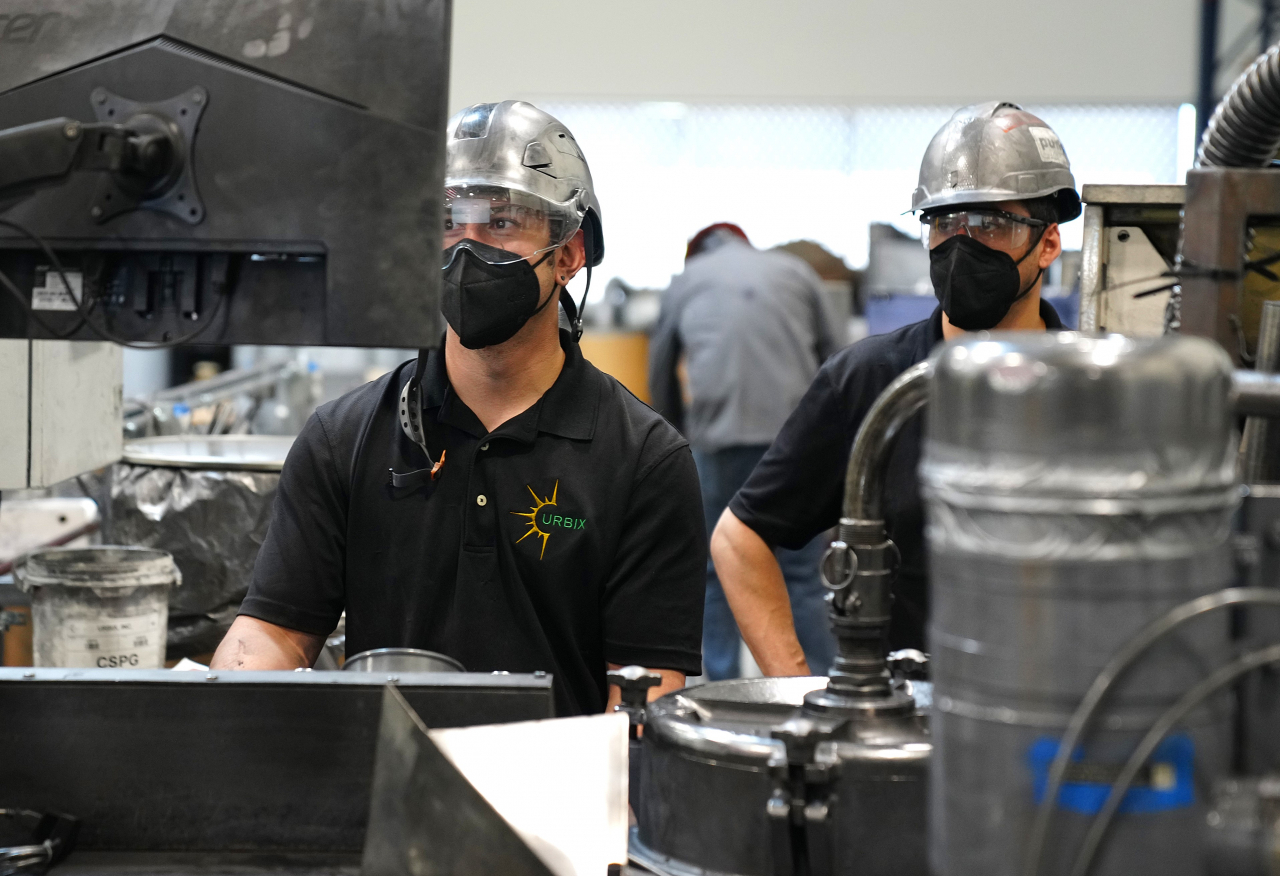 Urbix employees examine the graphite refining process in an Arizona factory in the US. (SK On)

Under the two years of joint development agreement, SK On will apply anode materials produced by Urbix using refined graphite to its lithium-ion batteries and work on improving battery performance.

If successful, the battery maker will consider using Urbix’s anode materials in its US battery factories, as a move to tackle the US Inflation Reduction Act. The law, part of Washington’s push for a revival in domestic manufacturing, requires EV batteries and other key cleantech products to be produced in the US.

“Most of the battery manufacturers have been dependent on anode materials produced in China,” said an SK On official. “We have also had dealings with Chinese companies. But from now on, diversifying supply chain for battery materials will be one of our key strategies.”

85 percent of anode in the world was produced in China as of last year, according to a report from International Energy Association.

Together with cathode materials, separator -- a membrane between anode and cathode -- and electrolyte, anode materials are one of the four components of lithium-ion batteries which decide battery life span, energy density and charging time, the company said. Graphite is mostly used as raw materials for anode.

Last year, SK On signed a memorandum of understanding with Syrah Resources, anode battery provider in Australia, to receive natural graphite for producing anode. It joined hands with Chile-based SQM and Australian companies Global Lithium Resources and Lake Resources to get ahold of lithium, key material in cathode.

Partnership with Urbix is expected to promote SK On’s Environment, Social and Governance management, since the battery materials company adopts an ecofriendly graphite refining technology. It recycles 70 percent of used chemical substances in the refining process without applying hydrofluoric acid and hydrogen chloride, both strong and corrosive acids.

Founded in 2014 in Arizona, Urbix is currently setting up an anode materials production line with an annual capacity of 1,000 tons and plans to expand production to 28,500 tons by 2025.