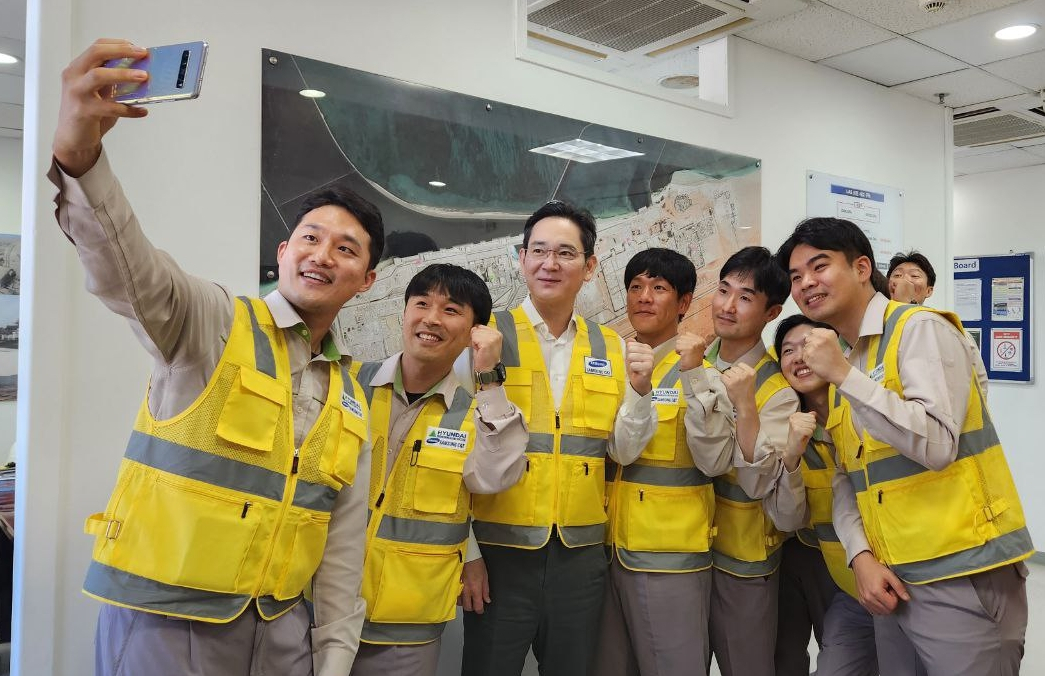 The construction unit of Samsung Group is building two nuclear reactors at the Barakah nuclear power plant. During his visit, Lee held a meeting with local employees, most of them in their 20s and 30s.

“The Middle East, which is currently pushing for a ‘great transformation’ to find a new growth engine, is a land of opportunity,” Lee was quoted as saying. “While the environment is not so favorable, let’s be brave and take on the challenge.”

Before visiting the construction site, Lee was also briefed on local operations and strategies by regional heads of Samsung C&T, Samsung Engineering and Samsung Electronics, the company said.

The latest visit comes after his trip to the UAE in December last year. It was the first time in three years that the chairman visited a local worksite in the Middle East. His last visit to a company site was in September 2019, when Lee inspected Samsung C&T’s metro construction site in the Saudi Arabian capital of Riyadh.

During his trip, Lee also dropped by a Samsung Electronics store in Abu Dhabi to check on sales and customer reactions, the company added.

Lee took off for the UAE on Sunday. While the details of his itinerary remain unclear, he was said to meet with the kingdom’s de facto ruler Sheikh Mohammed bin Zayed Al Nahyan.