US expansion matter of when, not if: Samsung Biologics 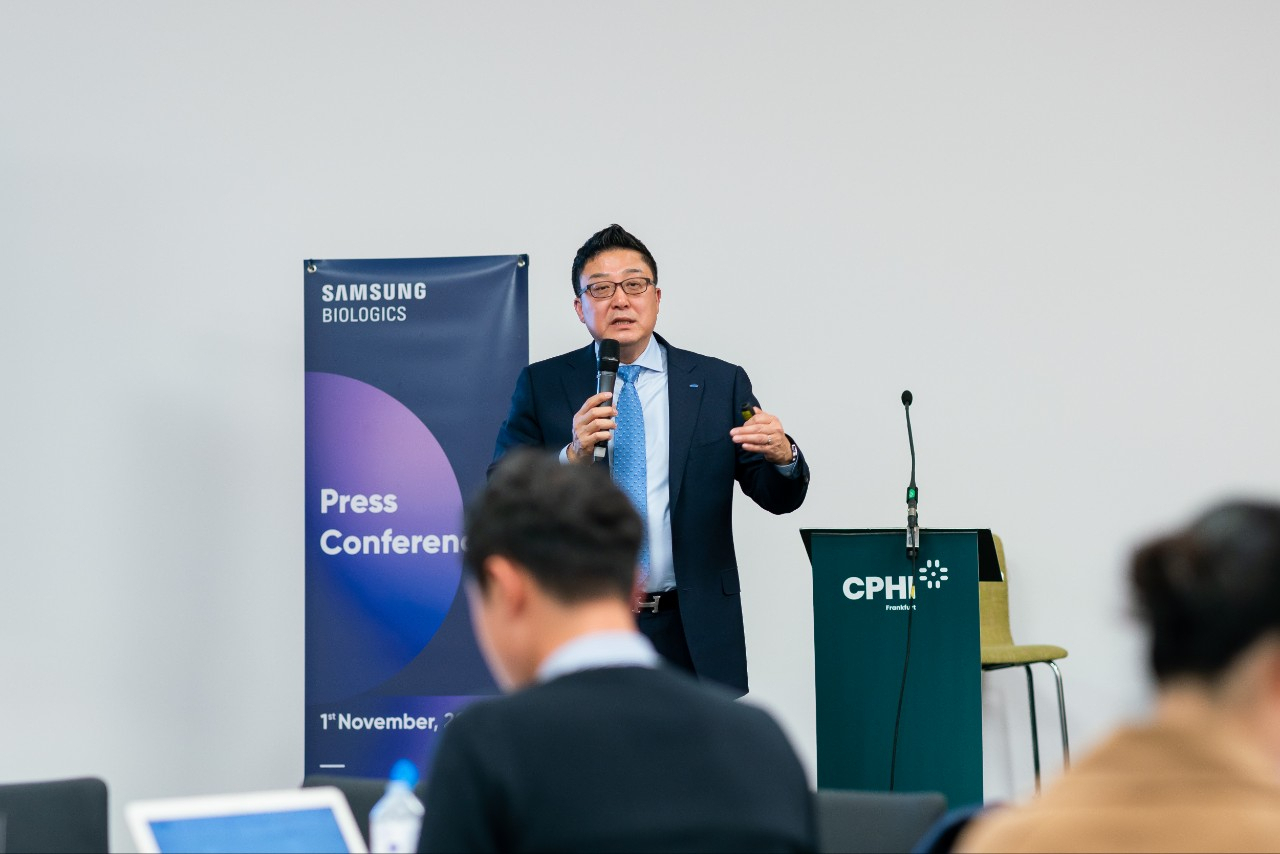 Samsung Biologics, the world's leading contract development and manufacturing organization by production capacity, is reviewing overseas expansion options with a determined will to set up a production foothold in the US in the future.

"The US expansion is happening eventually. It's not about 'if.' It's about 'when,'" James Park, Samsung Biologics’ chief business officer, told a group of reporters last week at the Convention on Pharmaceutical Ingredients in Frankfurt, Germany.

The business head of the South Korean CDMO giant added that the company is also reviewing European expansion plans as major clients are positioned in those regions.

Greenfield investment refers to a company building its own facility from the ground up. Brownfield, on the other hand, means that a company purchases or leases an existing facility. This indicates Samsung Biologics could buy a CDMO plant from another biopharmaceutical company.

The chief business officer expressed hope for breaking ground on its fifth plant in Songdo, Incheon, before the end of this year to widen its gap with other global leaders.

“We will build Plant 5, but Plant 4 needs to be utilized to a certain degree. Our objective is to meet the (contract) target by December, so that’s what we are doing here with the clients this week,” said Park.

He explained the goal is to start building the fifth plant by December as the company looks to secure more customers as soon as possible. Park’s remarks came less than a month after the CDMO company began partial operation of its fourth plant on Oct. 11.

During a visit by the then-chairman-in-waiting, Lee Jae-yong, to the new facility to commemorate its opening, Samsung Group announced it will invest 7.5 trillion won ($5.3 billion) over the next 10 years to build four more plants in a second "Biocampus" encompassing about 357,000 square meters in Songdo.

The CDMO giant’s first Biocampus, which stretches over 238,000 square meters in Songdo, is completely occupied by four plants that will boast 604,000 liters in capacity -- enough to satisfy 30 percent of all global biopharmaceutical demand, according to Samsung Biologics -- once Plant 4 becomes fully operational in the first half of next year.

“What we should not forget is that the economy is bad with the inflation and interest rate hikes. Amid the adversities, Samsung Biologics is continuously logging sales. The important factor is that we did it through winning contracts with big global pharmas,” said Park.

Choi took the instance of when countries across the entire world practically shut down their borders during the early stages of the COVID-19 pandemic in 2020.

“When the coronavirus broke out, all conferences were canceled and it was difficult to carry out face-to-face meetings, so we had to do everything virtually,” he told the reporters.

According to Choi, when the US Food and Drug Administration virtually inspected Samsung Biologics, the inspectors said it was the first virtual checkup they had conducted. He said the virtualization helped the company secure contracts and carry on with regulatory agencies’ inspections despite the lockdown.

“We are the only company with EQUIS in the biopharmaceutical industry. It allows for real-time communication of our clients’ quality information and quicker approvals,” he said.

Over the past two years, Samsung Biologics has conducted over 184 virtual inspections from regulatory agencies across the world including the US FDA and the European Medicines Agency. According to the company, the success rate of its virtual inspections was 100 percent.