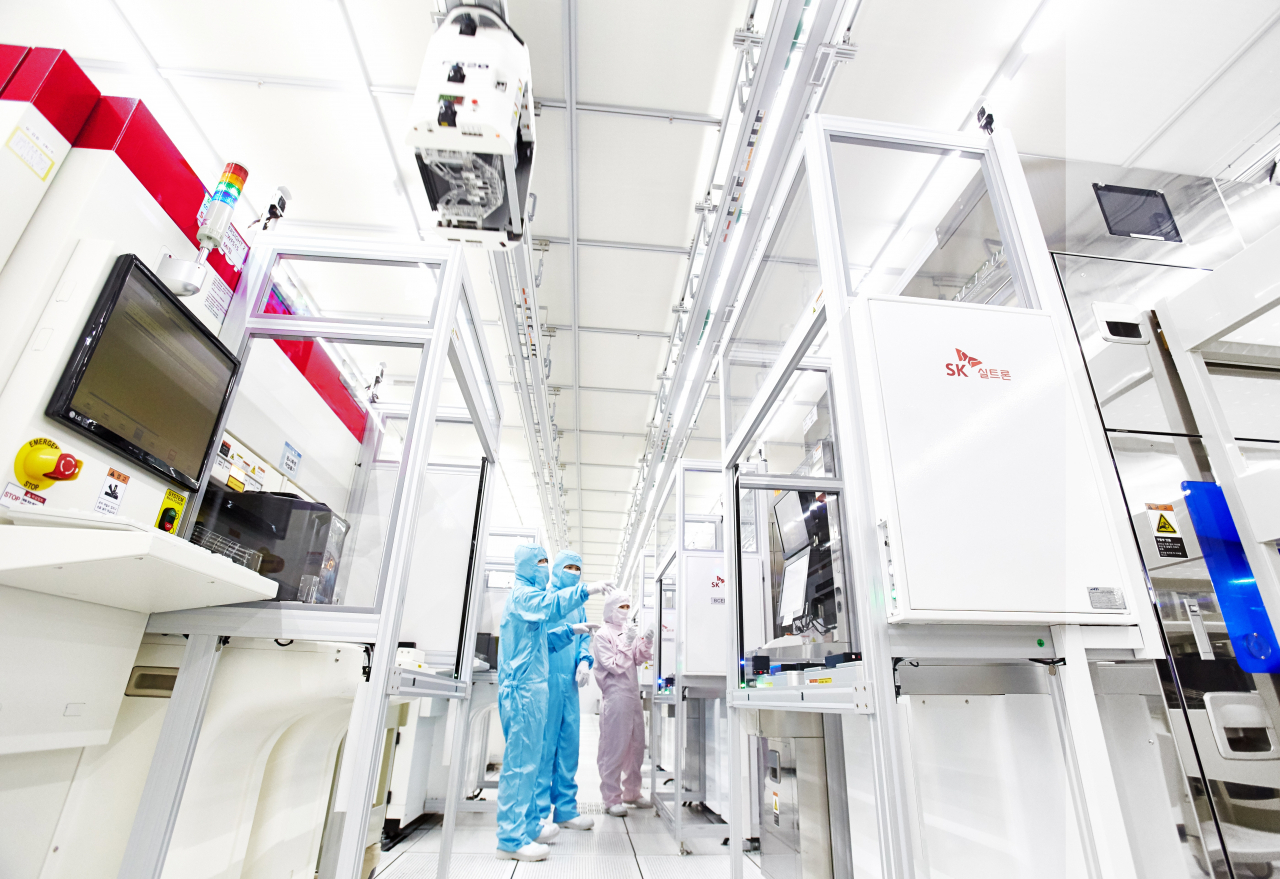 As part of the plan, SK Siltron's board on Thursday approved a 855 billion won spending plan to expand the production capacity for 300-millimeter wafers, thin circular slices of silicon used as a substrate for microchips. The company will also consider additional spending of 400 billion won depending on market conditions.

This is in addition to a 1.05 trillion won spending plan unveiled by wafer supplier for Samsung Electronics and SK hynix in March at the same location.

The decision comes in the wake of SK Siltron's projection that the memory chip industry will see a rebound in the near future following a short-lived downcycle. SK Siltron said in a statement the decision will allow the wafer supplier to "have an upper hand in the next two or three years."