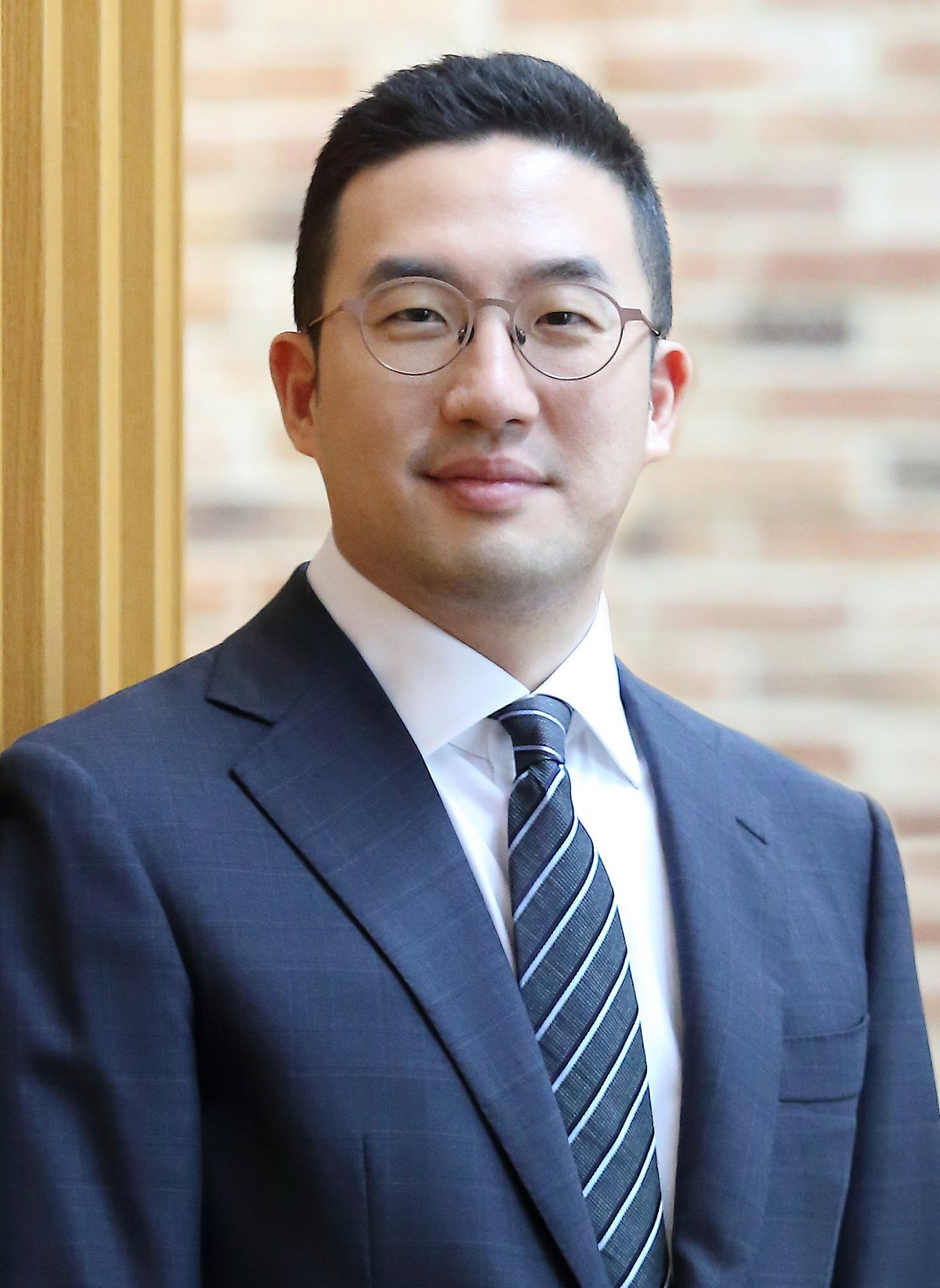 This is in line with the group's push to disclose nonfinancial performance such as actions to fight climate change, reduce and recycle waste, offer financial supports to vendors and local communities, as well as ensure boardroom diversity.

According to the report, titled "Responsible Business, Sustainable Future," LG Group saw an improvement in water and waste management effort in 2021 compared with the previous year.

On the other hand, the direct and indirect greenhouse emissions by assets controlled by LG Group came to 21.69 million tons through 2021, up 6 percent from the previous year.

"We are fully aware of our responsibility as a business to address the effects of climate change, and we will continue to pursue the achievement of net zero emissions, the renewable energy transition, and the establishment of a circular system for product waste, as well as investing in clean technology to reduce carbon emissions," wrote LG Chairman Koo Kwang-mo in the report. 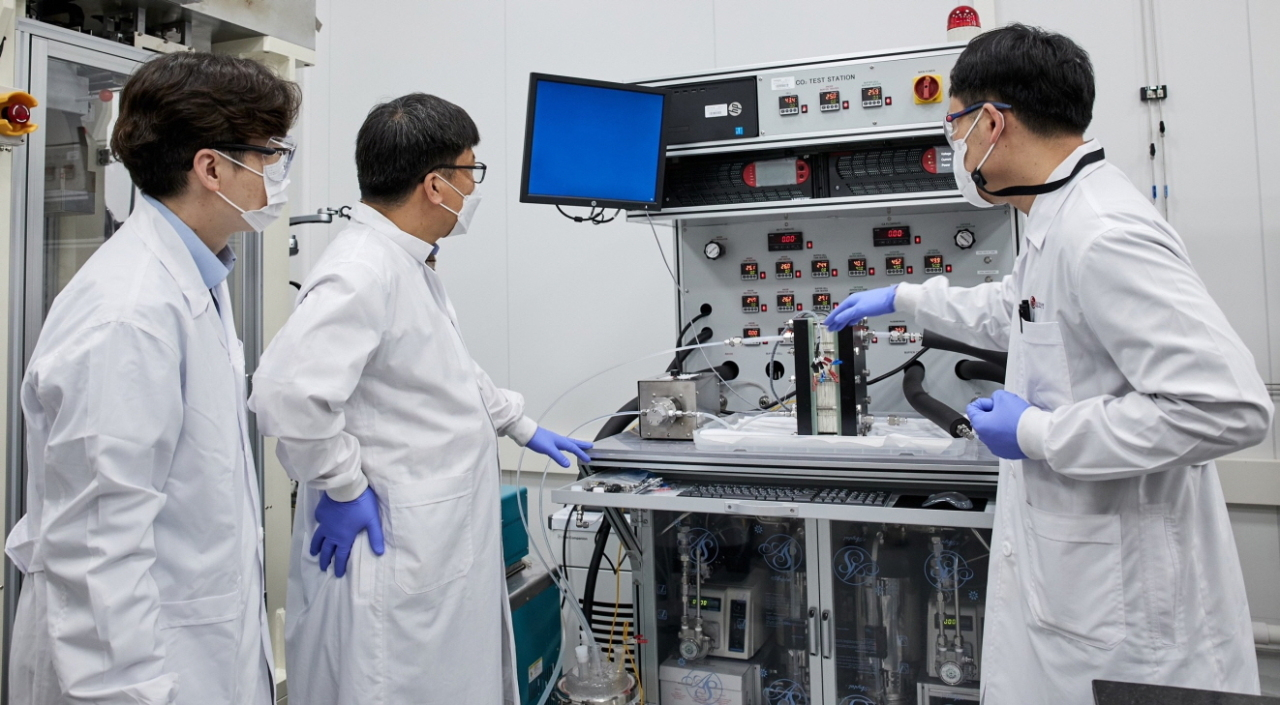 Researchers stand in front of a electrochemical reactor that converts carbon dioxide into carbon monoxide, jointly developed by LG Chem and the Korea Institute of Science and Technology. (LG Chem)

From the social issue standpoint, LG either donated or invested a combined 150.9 billion won ($104.8 million) to local communities in 2021, up over 60 percent from 2020. Also, LG's eight affiliates have jointly mobilized a total of 980.1 billion won by 2021 to run a loan program for its suppliers.

The report also showed that 30.6 percent of independent directors across LG Group are female, in a move to pursue gender diversity.

The report comes a year after LG created the ESG Committee and Internal Transaction Committee under the board of directors of its ten listed affiliates, including LG Corp.

So far, LG's eight major affiliates including LG Electronics and LG Chem have respectively published the reports that disclose actions to ensure sustainability over the past three years.