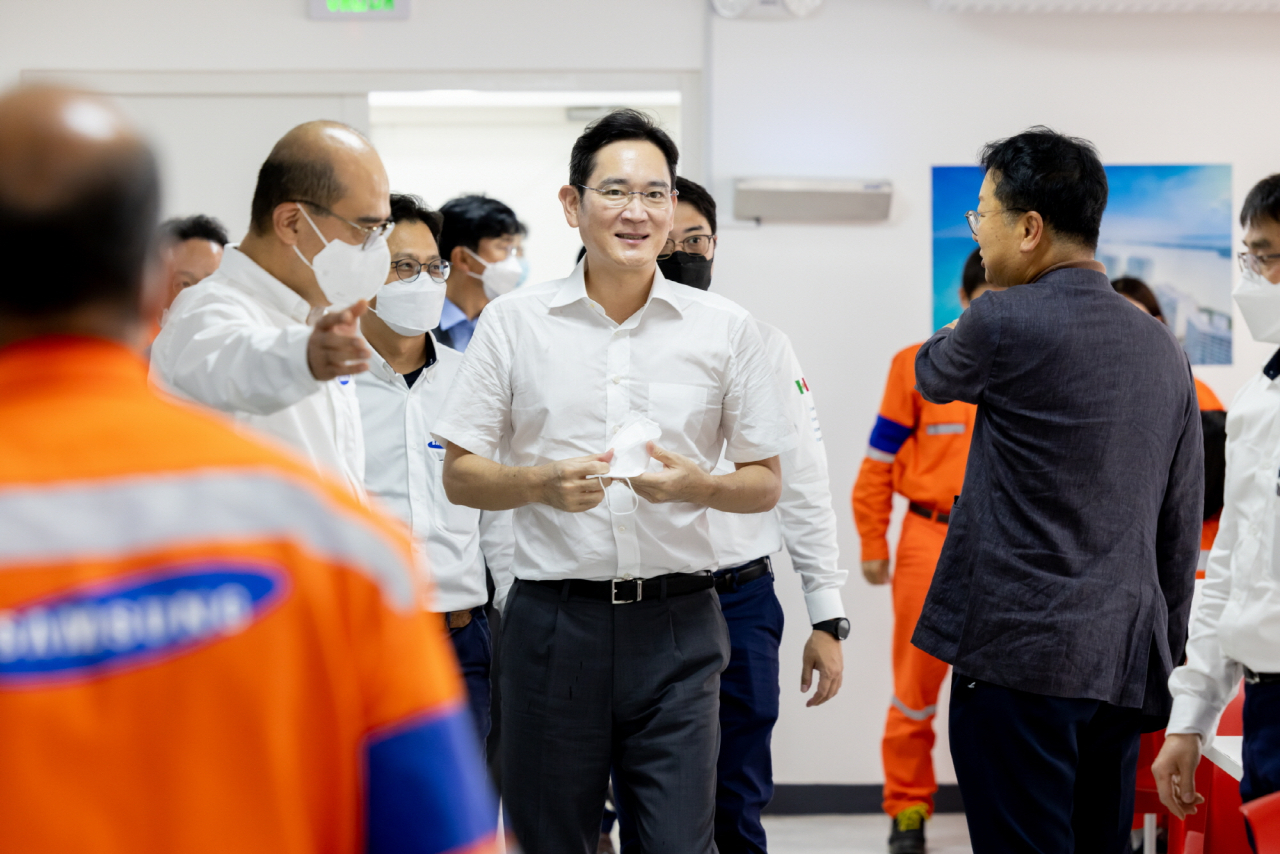 During the talks, the 54-year-old discussed Samsung Electronics' current business affairs in Mexico and the long-term partnership with Samsung and Mexican companies, while expressing an appreciation for the Mexican government's support for Samsung, according to the company.

Lee also sought Obrador's support for Busan's bid to host the Expo 2030, Samsung said in a statement. Busan is one of the candidates for the three-way competition involving Riyadh, Saudi Arabia, and Rome, Italy. Prime Minister Han Duck-soo in August told reporters that Lee would embark on a trip to countries in Europe to win support for Busan's Expo bid.

Alongside the talks, the Samsung heir visited an automotive parts factory run by Samsung-owned Harman International Thursday, as well as Samsung's home appliance plant and a component supplier Daeyoung Electronics' plant in Queretaro, a city some 200 kilometers northeast of Mexico City, on Friday.

Mexico was the de facto leader of Samsung's first overseas trip destination since Lee was granted a presidential pardon in August.

Lee's visit heralds a push for Samsung's expansion in Mexico. In July, Samsung Electronics co-CEO Han Jong-hee pledged a $500 million investment in Mexico in his talks with Mexican Secretary of Foreign Affairs Marcelo Ebrard during his visit to Seoul. 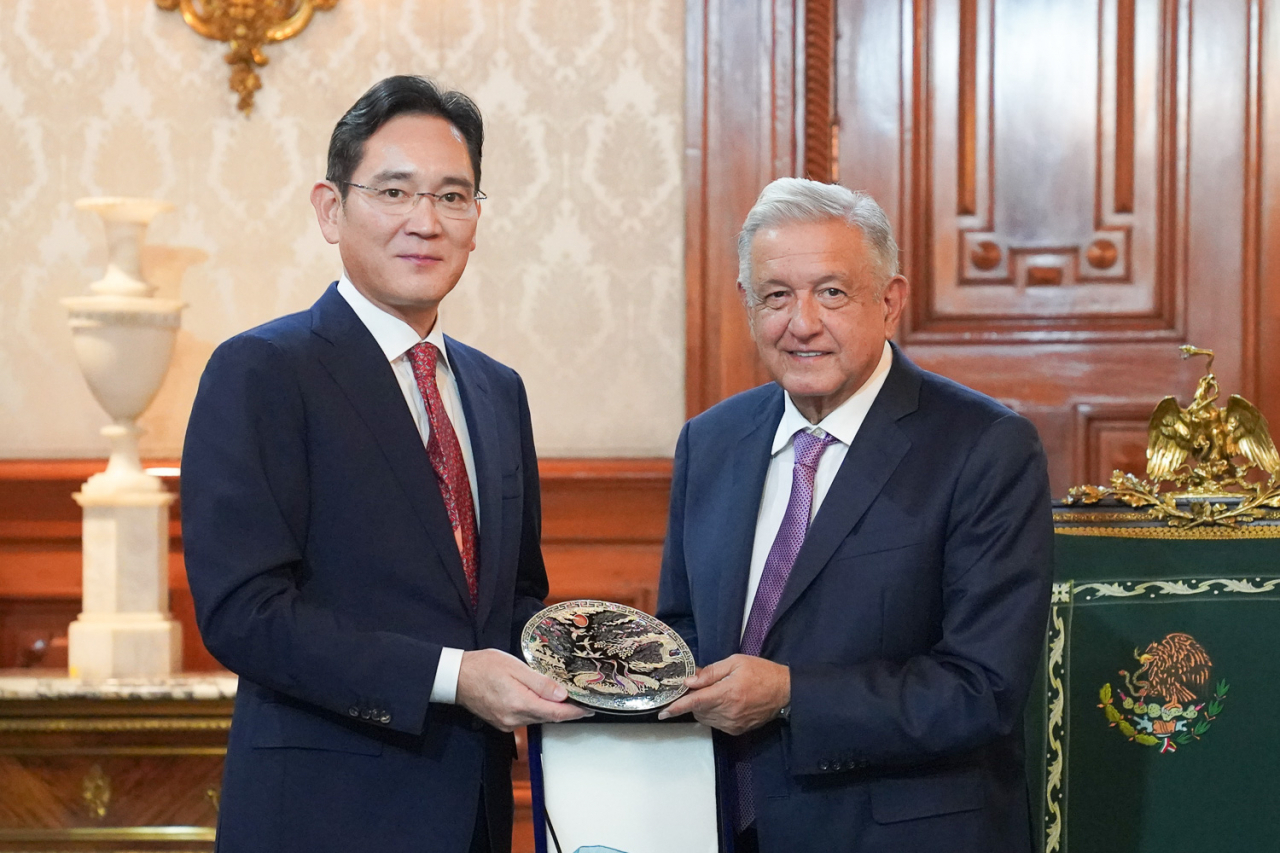 Mexico is home to a Samsung white goods plant, an auto parts plant, as well as a television manufacturing plant in Tijuana, a city bordering with the United States, largely targeting North American market.

Lee has often traveled abroad during Korean holidays like Seollal, a Lunar New Year holiday; and Chuseok, a Korean holiday similar to Thanksgiving. From 2014 until 2020, Lee has been to the US, India, China, Saudi Arabia and Brazil in seven trips.

But Lee has somewhat been away from the public eye, since Lee has been on trial for bribery and embezzlement in 2017. Lee was convicted in January 2021, was released parole in August 2021, and was pardoned a year later.

The row of Lee's public appearances raises the expectation for Lee's promotion to Chairman, as early as November this year.

Samsung did not confirm when Lee would return to Seoul, but he is to return later this week as the court trial resumes Thursday over his alleged involvement in the controversial merger of Samsung's key affiliates Samsung C＆T and Cheil Industries into a de facto holding company atop of Samsung Electronics.