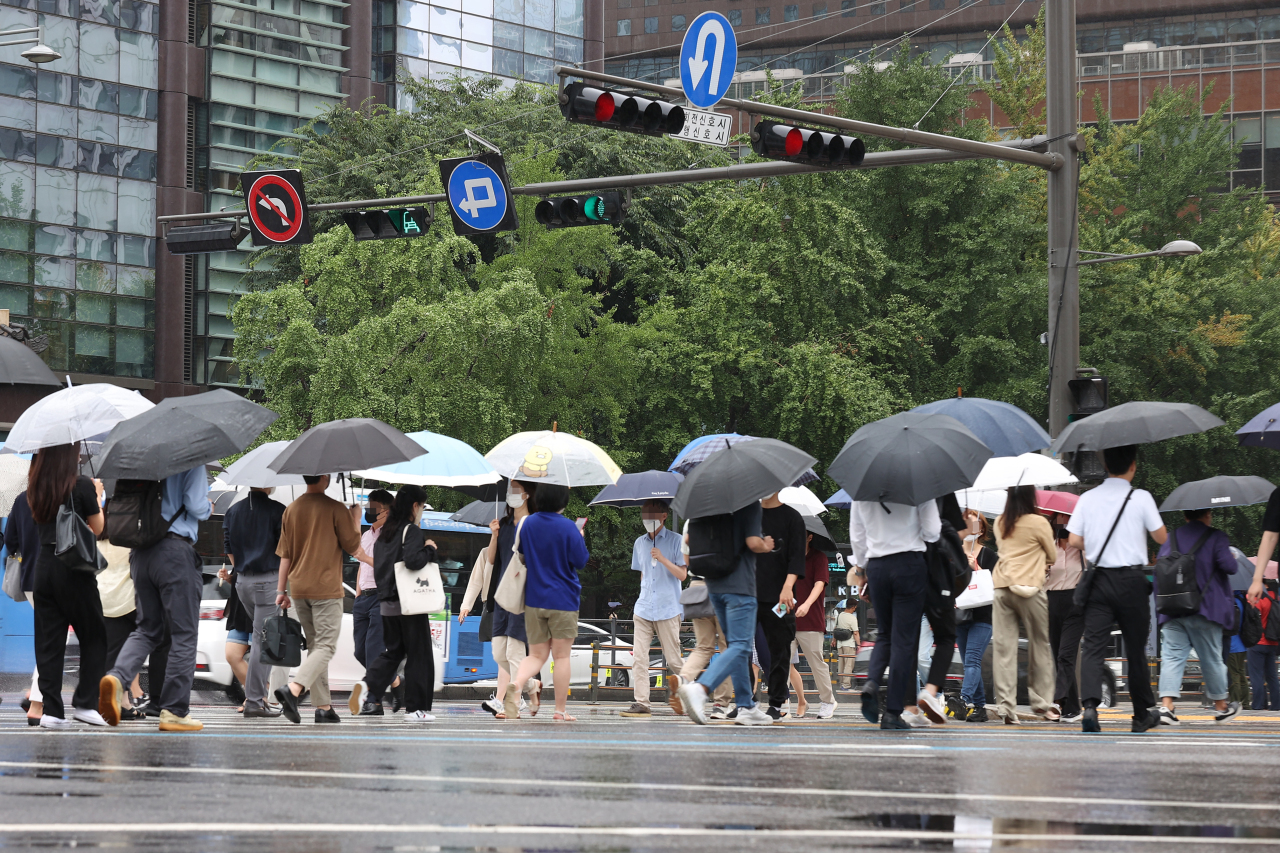 Despite changes in corporate culture that place more value on the quality of work environments, South Korea still has a more rigid working hour system compared to advanced economies, according to a report by the business lobby organization Federation of Korean Industries released Thursday. The report suggests companies give workers the option to work more when they need to, and take longer breaks in return.

As for overtime work, Korean law strictly limits the hours per week. The US, however, has no limits on overtime, while Japan and France have monthly or annual caps, allowing companies to effectively deal with temporarily high workloads.

Workers in Korea are paid 50 percent more for overtime, compared to regular pay per hour, while those in Japan and France get between 25 percent and 50 percent more. In Germany and the UK, overtime pay is set by agreement between labor and management.

As for flexible or selective working hours, which can be used when work is concentrated at certain periods of time, Korea allows workers to opt for this system for up to six months. The US, Japan, Germany and the UK allow it for up to a year, and France up to three years.

To make its point that Korea needs to revise these rules, the FKI – a business lobby of the nation’s largest companies -- illustrated examples of workers who need more flexibility for efficiency.

“A securities brokerage employee ‘A’ who handles mergers and acquisitions and initial public offerings finds it hard to finish work in 52 hours per week when he’s on projects, and other people can’t do the job for him, so he often has to take work home. In between projects, he has less work but he still has to go to work,” the FKI said in its press release comparing Korea’s working hour system with that of the five advanced economies.

“As for worker ‘B’ at a construction site in the Middle East, because of sandstorms, torrential downpours or wars, he often needs to work intensively for short periods of time, but he can’t because of the 52-hour workweek rule. He wants to work more when he can and spend more time with his family in Korea, but he can’t take leaves longer than two weeks due to the regulations, the FKI said.

The US, Japan, Germany and the UK allow various exceptions to the working hour regulations to meet the needs of different jobs.

The US and Japan have “white-collar exemptions” including “professional exemptions” for the highly paid, as it is hard to measure their performance by their work hours.

Germany has a working time account system where workers can “save” their overtime in their accounts to use later when they need to rest. This allows businesses to use working hours efficiently to meet external demands and adapt to changing economic situations, while workers can have a work-life balance, according to the FKI.

As of 2018, 85 percent of workplaces with 500 or more employees in Germany were using the working time account system, according to the business lobby.

Germany also has an on-call flexible work system where employees can be called to work when necessary. As of 2017, 15.3 percent of all workers in the country were using it.

Similarly, the UK has a zero-hour work contract which does not provide any minimum number of working hours to the employees. This allows the employer to efficiently run manpower based on its needs, and is applied to nurses, teachers, administrative workers, cleaners and child care workers.

Similar work contracts are in use in Ireland, Italy, the Netherlands and Sweden as well, the FKI said.

Korea’s punishment for violators of working hour rules -- jail time of up to two years and a fine of up to 20 million won ($15,000) -- is also tougher than that of the five countries.

The US has no rules on punishment for working hour violations, and France slaps only fines. Germany imposes fines, and only intentional or repeat offenders are subject to prison terms.

“Our current working hour system is based on the collective and uniform working style of the past when Korea was industrializing, and it is an outdated system unsuitable for this age of the Fourth Industrial Revolution where creativity and diversity are important,” said Choo Kwang-ho, chief of the FKI’s economic research division.

“We need to take note of the working hour systems in advanced economies, and take steps to make ours more flexible.”