Kospi tumbles to new low for the year 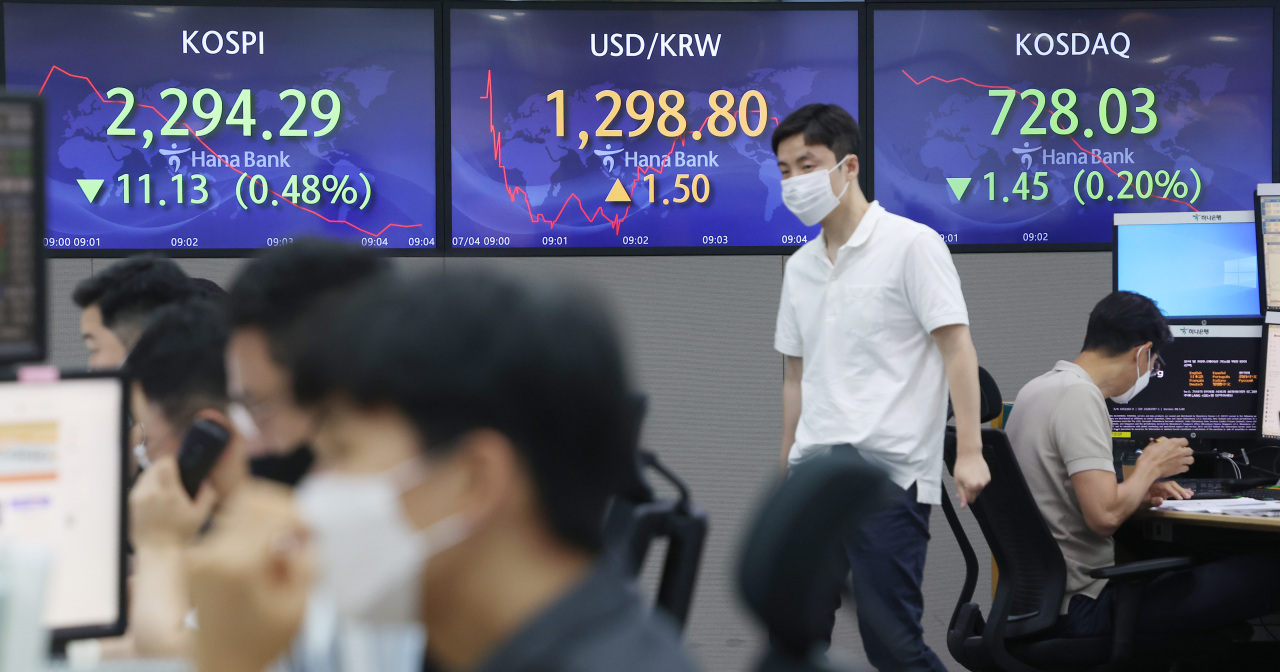 South Korea’s key stock index plummeted to a fresh low for the year in morning trade on Monday as recession fears grew ahead of the Bank of Korea’s rate-setting meeting scheduled next week.

As of end-June, the Kospi has plummeted some 22 percent since end-2021, when the index stood at 2,977.65. The fall comes amid risks stemming from the US Federal Reserve’s aggressive rate hikes to tame high inflation and growing concerns of recession. It marked the sharpest drop for the first six months of the year in 32 years, when the index fell 22.31 percent in the cited period in 1990.

“The Korean market has already priced in existing risks, but the issue of economic recession is likely to continue to weigh on the market,” Seo Sang-young, an analyst at Mirae Asset Securities said.

With the inflation in June widely projected to hit 6 percent, the sharpest monthly gain since November 1998, the BOK is likely to raise its benchmark interest rate by 0.5 percentage point next week, onlookers say. South Korea’s central bank, has carried out a total of five pandemic-era rate hikes since August last year. The BOK’s benchmark interest rate currently stands at 1.75 percent, and analysts project it to reach 3 percent by the end of the year.

Local brokerages have been aggressively slashing Kospi’s target price for the near-term, with Daishin Securities saying that the Kospi may even fall to 2,050 in a bear market.

“The prolonged Russia-Ukraine War and China’s zero-COVID policy will likely to continue to add on the downward pressure for Korea’s economy,” Lee Kyung-min, an analyst at Daishin Securities said in a Monday note.

“Inflation and the global central banks’ aggressive monetary tightening is currently the main catalyst behind market volatilities. From now on until the first half of 2023, lackluster corporate performance will become the main risk. This will further contribute to concerns of recession and prolonged supply chain woes,” he added.

Daishin’s latest adjustment echoes KB Securities’ move to lower its Kospi target range to 2,100-2,750 for the second half of the year. Samsung Securities and Hana Financial Investment each forecast a range of 2,200-2,700 and 2,350-2,650 for the same period, respectively.