Daewoo E&C gears up for business expansion in Vietnam 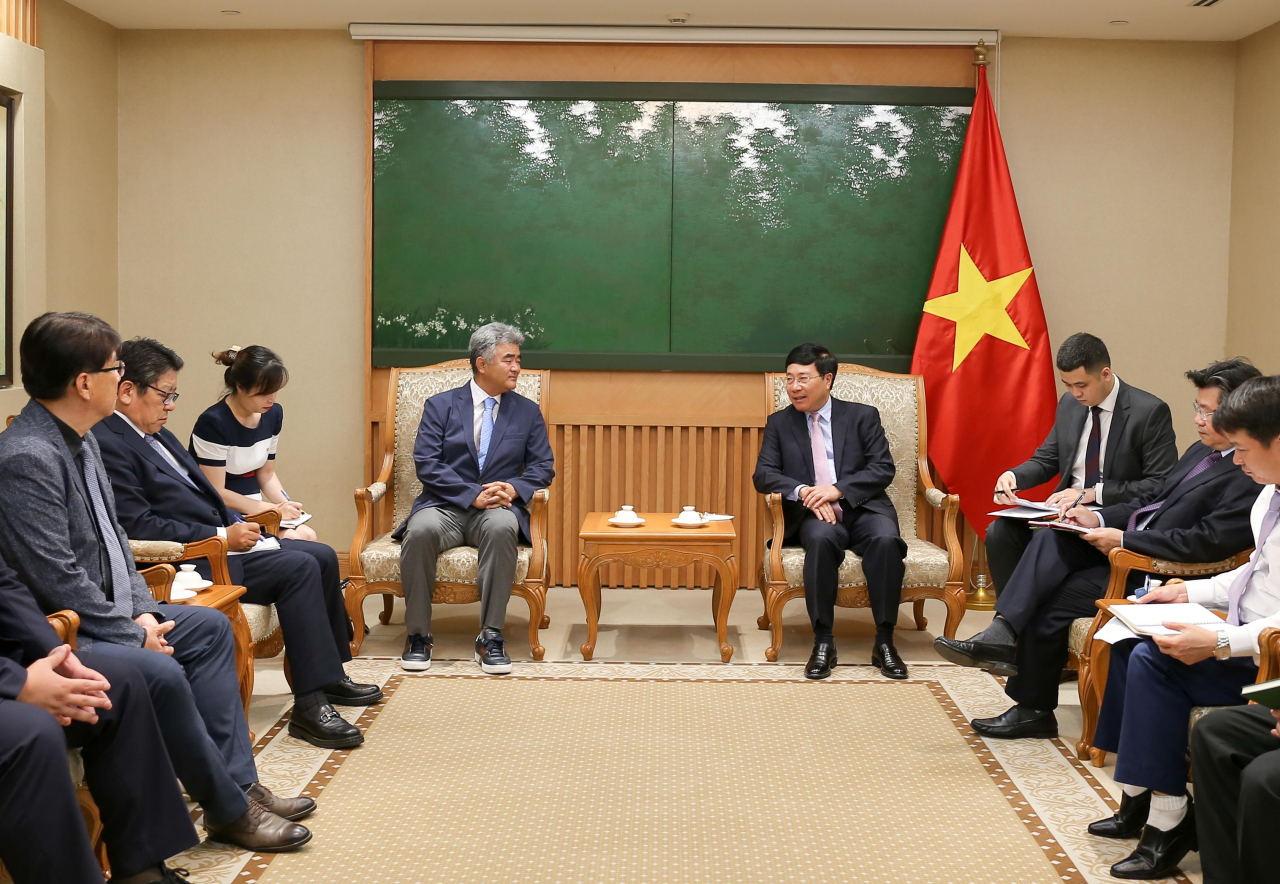 South Korean builder Daewoo E&C is gearing up for further expansion in Vietnam with a comprehensive plan to invest in infrastructure building, logistics and energy.

To support the builder’s Vietnam project, Jungheung Group Vice Chairman Jung Won-ju, along with a business delegation, on Wednesday met with Deputy Prime Minister Pham Binh Minh to discuss the progress of its Starlake City project in Hanoi and other investments, according to Daewoo officials.

“We are planning to increase our investment in diverse sectors of the Vietnamese economy such as in real estate development, logistics, ESG infrastructure, and energy projects. In doing so, we hope to contribute to the economic growth and increase of employment in Vietnam,” Jung told the deputy prime minister at a meeting held in Hanoi.

“We promise government support and cooperation to Daewoo E&C. At the same time, we ask for more investment in our new city development projects and infrastructure development,” said Minh.

On the same day, Jung also met with Minister of Planning and Investment Nguyen Chi Dung to share the group’s investment plan in the civil engineering and construction sector as well as investment in local companies.

Prior to his visit to Hanoi, Jung met with Secretary of the Bac Ninh Provincial Party Committee Dao Hong Lan on Tuesday to express Daewoo E&C’s interest in helping develop Bac Ninh province.

Since the acquisition of Daewoo E&C, Jung, the eldest son of Jungheung Chairman Jung Chang-sun, has been leading foreign business projects.

He visited the US last month to sign a memorandum of understanding with the city of Carrollton, Texas, to carry out development projects in the US city.

Daewoo E&C became part of the construction conglomerate Jungheung Group in April through an M&A deal closed in February.

Jungheung is the parent company of Herald Corp., the publisher of The Korea Herald.