Over 300 Korean companies serve as building blocks of Nuri success 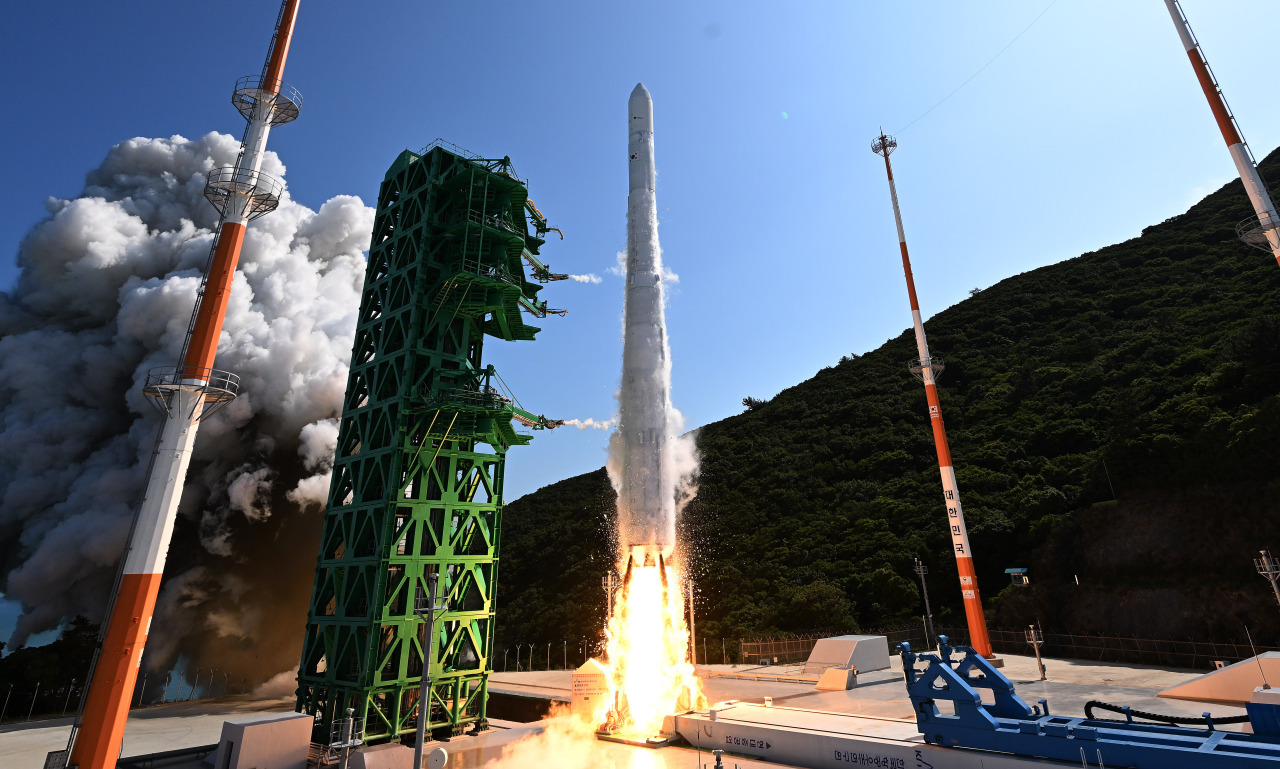 Nuri spacek rocket is seen lifting off from its launchpad at the Naro Space Center in Goheung County, South Gyeongsang Province, on Tuesday. (Yonhap)

Tight collaboration of all parties concerned is key to a rocket launch, as a minor technical glitch could botch years of efforts.

Behind Tuesday’s successful launch of South Korea’s first homegrown rocket Nuri were the joint efforts of over 300 companies at home.

Korea Aerospace Industries, based in Sacheon, South Gyeongsang province, was the effective leader of the pack. KAI has been in charge of the assembly of all rocket parts supplied since joining the Nuri project in 2014.

KAI was also tasked with building a first-stage fuel tank and oxidizer tank. Twenty-four KAI engineers have been dedicated to Nuri’s second launch attempt since June 2021.

Four 75-ton engines were used in the first stage, another 75-ton engine was in the second stage and there was a remaining 7-ton engine employed in the third stage. To this day, Hanwha has manufactured 46 rocket engines, including those for the third launch of Nuri.

According to the government, some 1.5 trillion won ($1.16 billion) has been allocated to the 300 participating companies, and this accounted for about 80 percent of the total budget for the Nuri project.