Samsung SDI, Stellantis to build $2.5b battery plant in Indiana 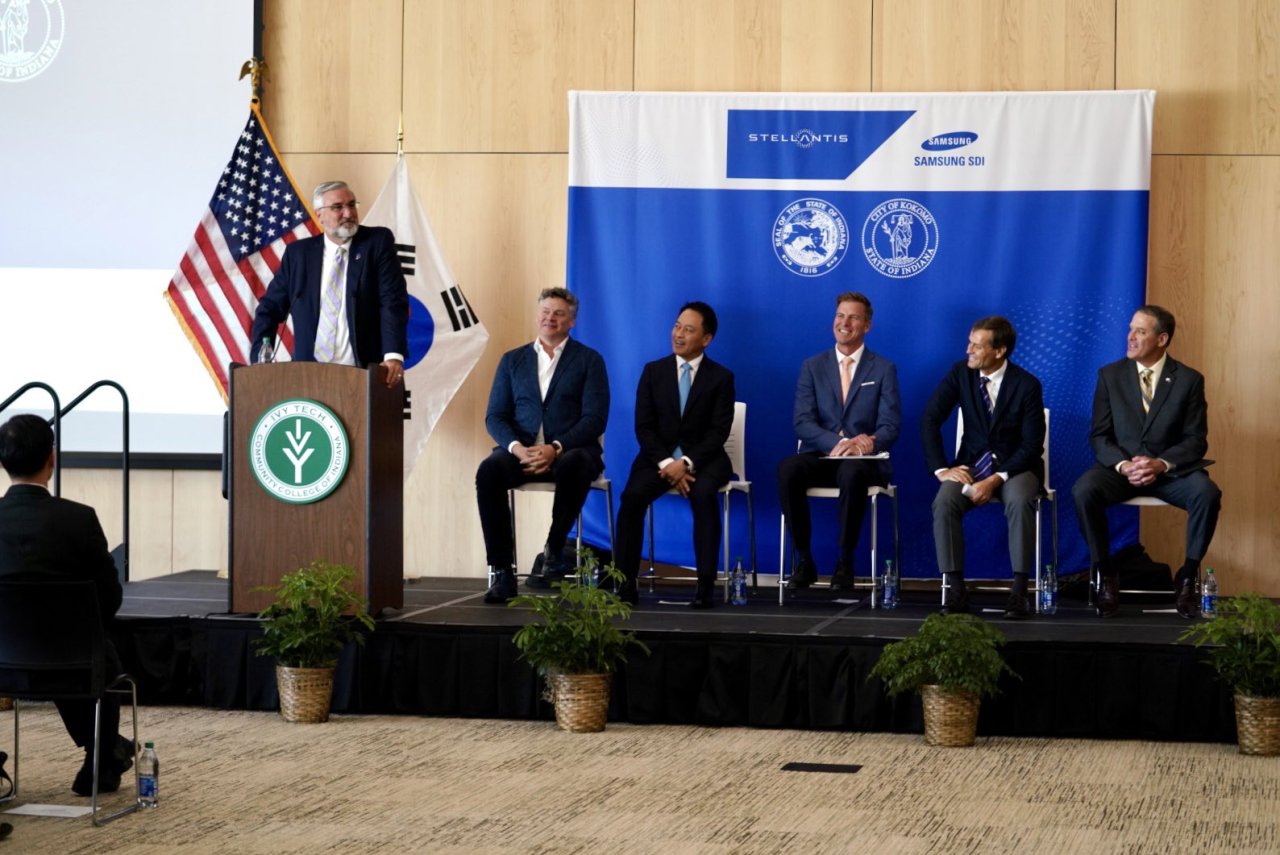 South Korean battery maker Samsung SDI said Wednesday it is building its first US plant in the state of Indiana along with its joint venture partner Stellantis, joining its crosstown rivals to secure its footing in the burgeoning electric vehicle market.

The $2.5 billion plant, located in Kokomo, Indiana, is expected to break ground later this year and start operations in the first quarter of 2025.

The companies said they aim to elevate its production capacity from the current 23 gigawatt-hours to 33 GWh per year in the next few years, with an additional $600 million investment being poured in phases.

According to a regulatory filing earlier in the day, Samsung SDI alone plans to invest 1.63 trillion won ($1.29 billion) from August 2022 to August 2025 in the new EV plant project.

According to industry sources, the state of Michigan is said to have competed head-on until the last minute to host the new hefty plant, which would create 1,400 jobs. In the end, the final pick went to Indiana, which offered a $186.5 million incentive package.

Kokomo is already home to Stellantis’ engine and transmission plants. The new facilities will supply battery cells and modules for Stellantis vehicles produced at assembly plants across North America.

“We express our gratitude towards officials from the State of Indiana and Stellantis for supporting the final selection of the plant site in Indiana,” Samsung SDI CEO Choi Yoon-ho said in a statement.

“We have secured a solid foothold in a rapidly growing the North American EV market through the joint venture with Stellantis.”

For Stellantis, this is its second joint venture announcement with a Korean battery maker. Earlier in March, the producer of Jeep and Ram trucks unveiled a $4 billion plan to team up with LG Energy Solution for a 45 GWh battery plant in Ontario, Canada.

Samsung SDI is the latest to secure its production base in North America, a fast-growing EV market, amid a flurry of investment made by its Korean rivals LG Energy Solution and SK On.

Aside from the Stellantis joint venture, LG Energy Solution has partnered with General Motors to operate three battery plants in Ohio, Tennessee and Michigan. SK On has worked with Ford with plans to build two plants in Tennessee and Kentucky.

Both firms are expected to see their respective production capacity reach 150 GWh by 2025. According to industry estimates, the Korean trio’s combined market share in the US could surge from the current 26 percent to 70 percent in the next three years.