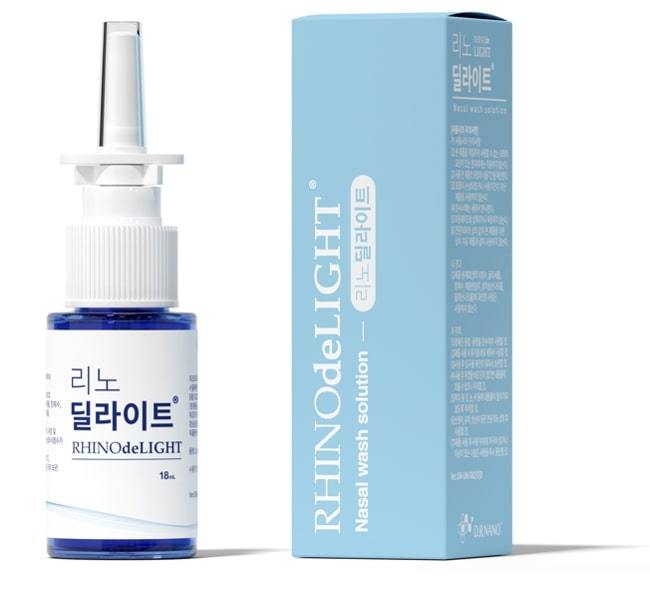 South Korean researchers have developed a nasal spray that can kill viruses and bacteria including COVID-19, the culprit of the unprecedented pandemic, the Korea Institute of Science and Technology said Thursday.

Labeled the “invisible mask” for its capacity to prevent virus infection as if one was wearing a mask, the nasal spray can remove harmful substances from the outside and protect the mucus membrane, according to the KIST.

In order for the sprayed liquid to take effect, it needs to be irradiated with light-emitting diodes. Once the LED light is provided, the methylene blue nanoparticles inside the sprayed liquid reacted to the surrounding oxygen and curbed the replication of the coronavirus.

According to the KIST, the nasal spray, whose commercial name is RHINOdeLIGHT, received government approval to be sold as a medical device in April. The nasal spray is expected to provide a solution for COVID-19’s endemic phase, when people are still hesitant to take off their mask, it added.

“We expect the product to be available in the market before the end of the first half of this year,” a KIST official said.

The official said the product will come with LED irradiation devices in a shape similar to earphones with wires. Once users spray the product into the nose, the earphone-shaped LED device should be plugged into the nostrils and irradiate the inside of the nose for about three minutes for the virus-killing ability to become effective, he added.

According to the official, the protective effect of the nasal spray can last up to several hours.

D.R.NANO is a company established by the KIST in 2015 on the basis of the technology behind the nasal spray. The company has been in charge of the development and commercialization of RHINOdeLIGHT.

“This is a meaningful achievement in that the excellent technology developed by the KIST led to the establishment of a bio venture and the eventual sales approval of an actual medical device through continuous follow-up research,” said Dr. Yoon Seok-jin, KIST president.