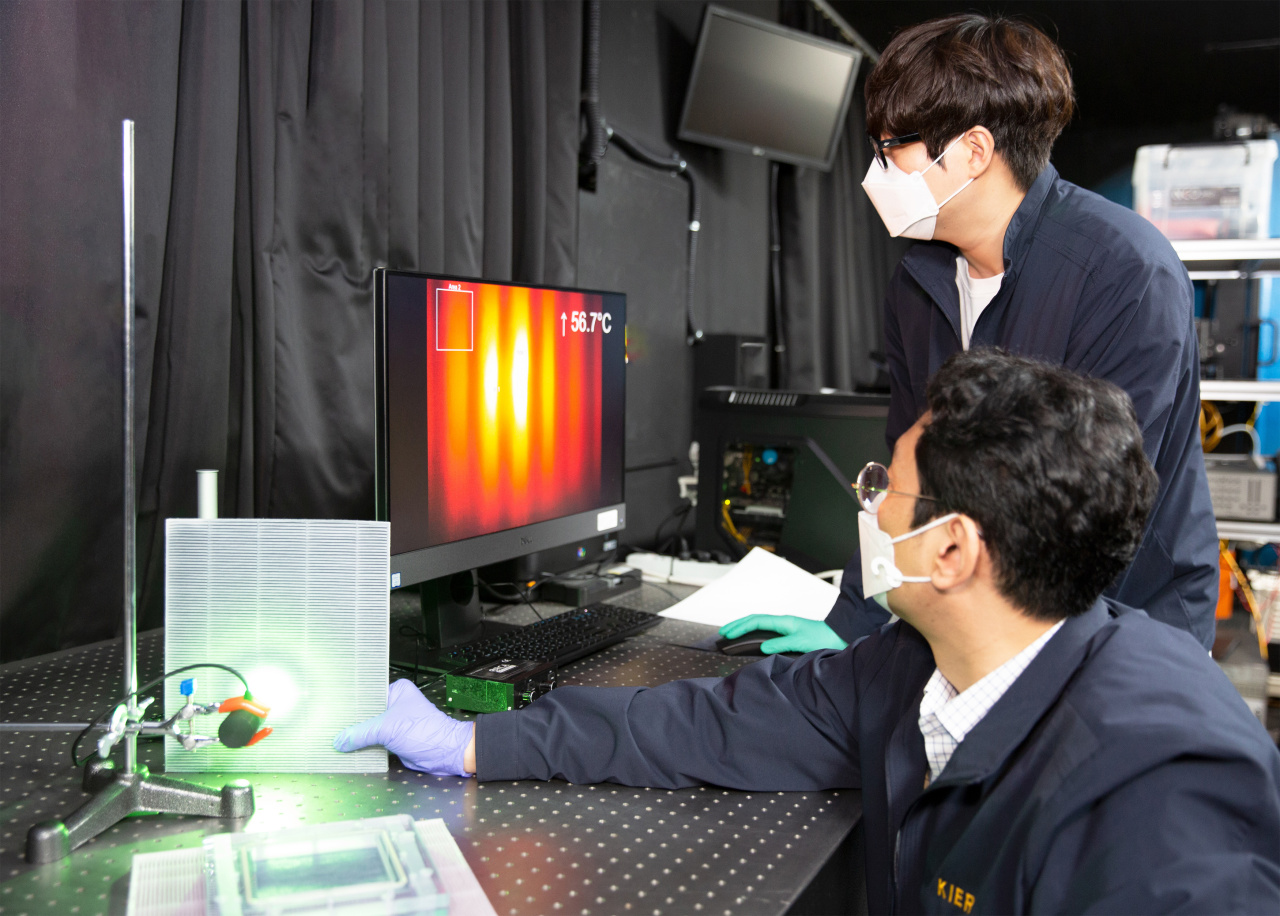 The photothermal effect, which refers to the mechanism of how a substance absorbs light energy and turns it into heat energy, is used in various areas such as drug delivery, cell death, sensor and solar battery.

According to the research, when the photothermal HEPA filters are radiated with light-emitting diodes in the visible light band, which is harmless to the human body, and heated up to 60 degrees Celsius or higher within 10 to 15 seconds, viral and bacterial cells are killed.

The research institute said the existing HEPA filters installed in air purifying systems are vulnerable to secondary infection as pollutants get stuck on them and create a bacteria-friendly environment. The HEPA filters use ultraviolet rays to prevent such a condition, but the UV rays shorten the filters’ lifespan as it causes corrosion, it added.

“By applying the photothermal HEPA filter technology, up to 99.9 percent of viruses collected in the filter can be removed, so any secondary contamination can be prevented because bacteria and viruses cannot proliferate in the filter,” said Yoo Seung-hwan, lead author of the research.

The new filters can be easily installed onto existing filters and new products and it has been licensed out to local air filter developer Cleantech based in Busan for production, the institute said. The company is currently in the process of building facilities for the production of photothermal HEPA filters and plans to release the products later this year, according to the institute.