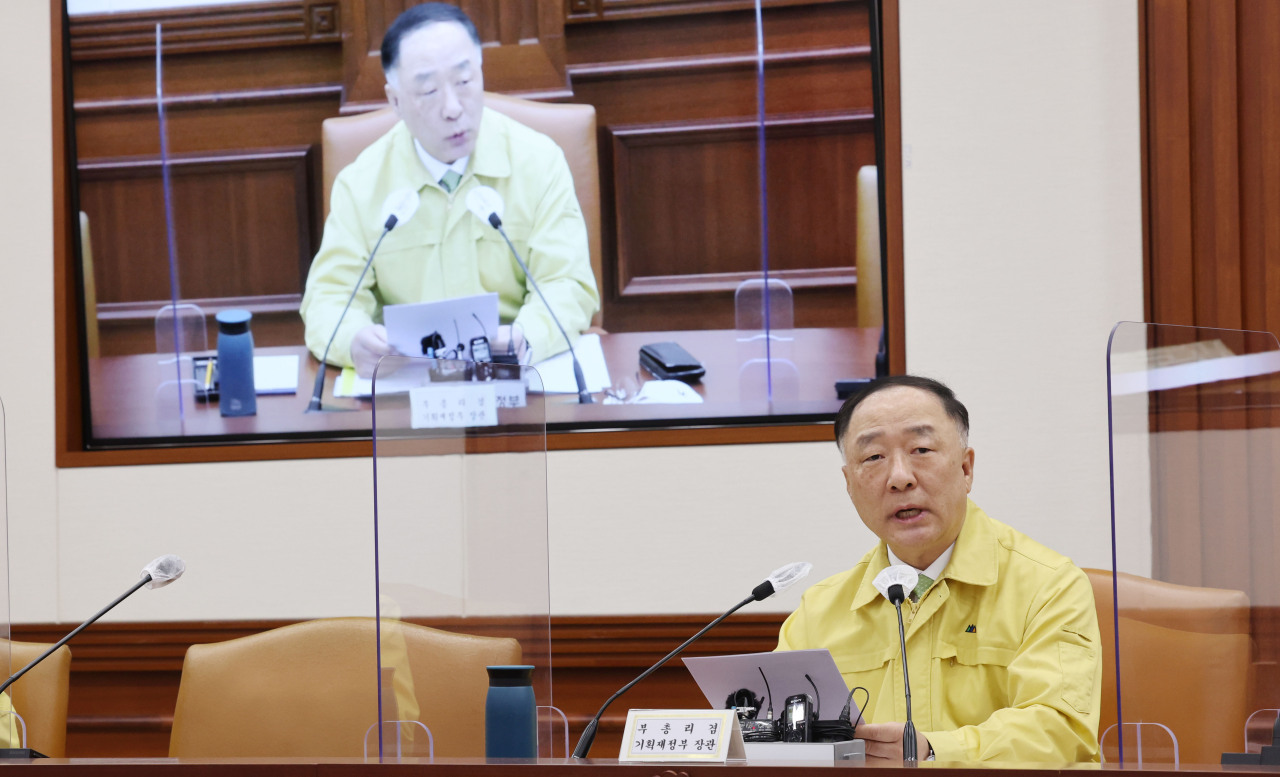 SEJONG -- The Korean government will not charge tariffs on a portion of imports for three gases -- neon, xenon and krypton -- which are used in semiconductor manufacturing, starting next month.

The decision to slash tariffs for a portion of imports of the three gases, but not all, comes as part of the government’s countermeasures against the Ukraine-Russian war, the Ministry of Finance and Economy said Thursday.

Deputy Prime Minister and Finance Minister Hong Nam-ki said that the ministry “would apply a zero-percent quota tariff on neon, xenon and krypton in April, as these are highly dependent upon imports from Russia and Ukraine.”

While Korea has imposed a 5.5 percent tariff on the three rare gases, the zero-percent “quota” tariff means there will be a temporary action to levy “no tariff on a certain portion” of imports of the gases for a certain period.

In addition, the so-called “flexible” tariff measures could possibly be applied to imports of ferrotitanium and aluminum products, lead and copper, according to the Finance Ministry.

The ministry is also mapping out measures to secure imports of corn, which account for a large portion of the fodder used in the local farming sector.

On worries over the energy supply, Minister Hong said the government has been in close coordination with the Korea National Oil Corp. in securing import routes for international crude.

Hong reiterated that the biggest risk to the Korean economy is the uncertainty and volatility of the global economy, in the wake the Russian invasion of Ukraine and the international community’s following suit on sanctions against Russia.

“Exports to Russia and Ukraine are declining in March. Inflationary pressure is expanding due to the spike in international crude prices,” he said. “Possible impacts from a long-term conflict is quite worrisome.”

The minister also expressed worries over the falling value of the Korean currency amid the Ukraine-Russia conflict.

If the pace of the won’s losing ground versus the US dollar is excessive, the government will bolster measures to stabilize the foreign exchange market, he said.

The dollar, which has traded above 1,200 won since Feb. 24, touched 1,245 won on Tuesday. This is helping drive and increase in consumer prices due to rising import prices.

Given that dollar prices stayed under 1,150 won a year earlier, more businesses have been saddled with heavier cost burdens when purchasing raw materials.

Since late February, the government has carried out a variety of contingency plans to support export-oriented businesses and Koreans residing in Russia.

After Korea participated in financial sanctions against seven major Russian banks, the government is helping with cash transfers to Koreans in close collaboration with Korean commercial bank units operating in Russia.