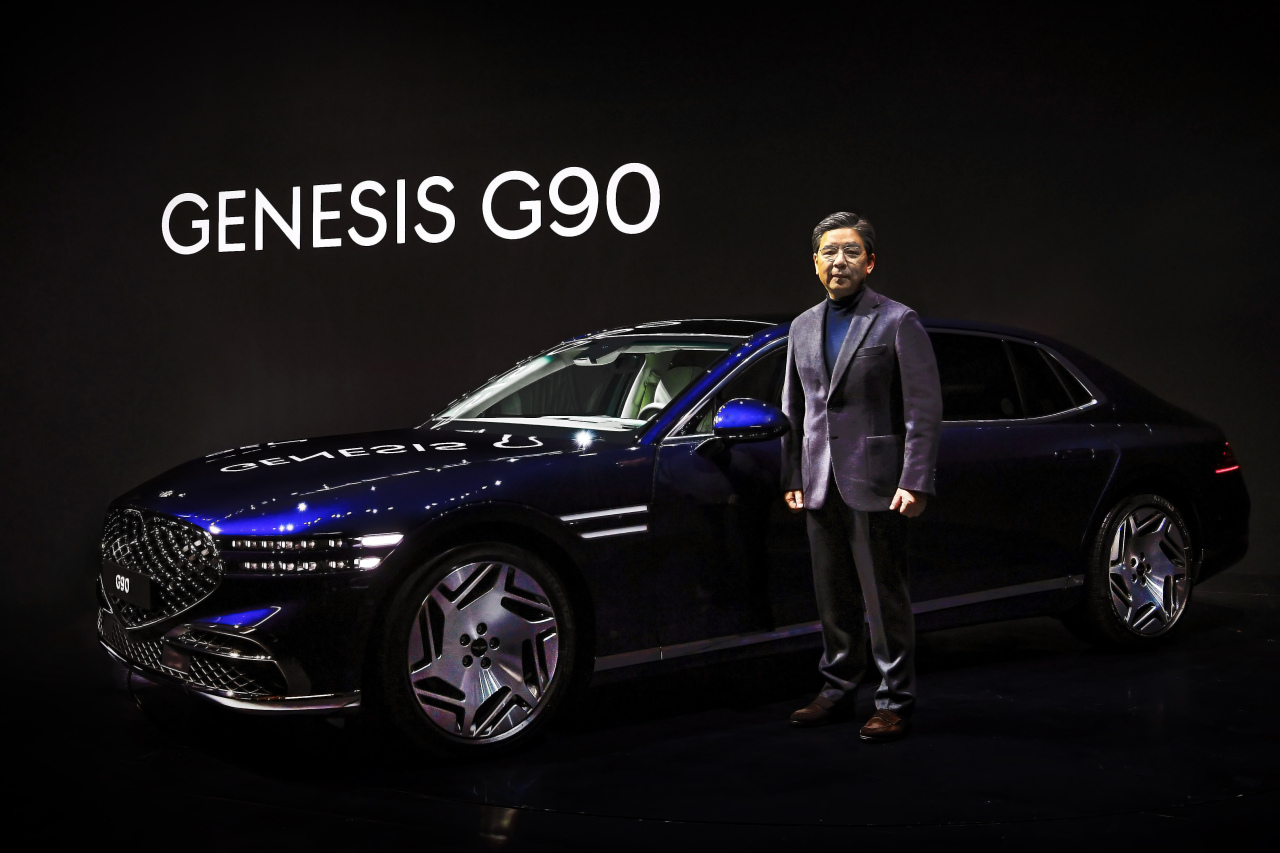 Following in last year’s momentum of Genesis expanding its global presence, Hyundai Motor’s standalone luxury brand expects to increase its sales by 10 percent this year with its new lineups and electrified versions of high-end vehicles, its chief executive said Tuesday.

“We attribute (surpassing 200,000 in annual sales) to the strengthened lineup by adding a variety of SUV models and electrified versions, as well as increased sales volume after successfully expanding to the US market. We also find it meaningful to become one of the top 10 luxury sedans, surpassing Honda,” Chang added.

The launch of the latest fourth-generation G90 last month will spur the brand’s upgraded reputation globally, he said, noting that the carmaker targets annual sales of 20,000 G90 cars in the global market.

The luxury sedan segment has been long dominated by the German trio of the Mercedes-Benz S-Class, BMW 7 Series and Audi A8. But challengers like Genesis are releasing solid alternatives to take on the German rivals, Chang said, stressing its new full-size sedan will soon redefine the segment.

“I’m confident that with G90, Genesis will top the top-notch luxury sedan market. What’s more important for us is to satisfy customer needs, not competition with other carmakers (in the luxury sedan segment).”

The fourth-generation G90, Genesis’ fully revamped flagship model following a face-lift in 2018, could be the brand’s last gasoline-powered model, in line with the automaker’s vision to electrify its entire lineup by 2025, considering the automaker’s five- to six-year gaps between models’ full revamps.

Chang hinted that the next electrified Genesis model will be from a different segment, not the G90, considering the adoption of the new E-GMP platform for electric vehicles.

Market expectations vary on the next-generation electric model from Genesis, whether the largest F-segment GV90 will be launched to rival the European SUV makers, or the smallest single-piece hatchback G70 will be remade to replace the diesel sedans that have been discontinued.

But unlike the carmaker’s announcement last year, the G90 has dropped the Highway Driving Pilot function that makes automatic lane changes and Level 3 autonomous driving which allows hands-off driving on highways. Such tech will be applied to the G90 at the end of this year.

Last year, Hyundai Motor, Kia and Genesis sold a record-high 1.4 million cars in the US, an increase of 21.6 percent from a year prior, surpassing Japan’s Honda for the fifth slot in total sales in the US.