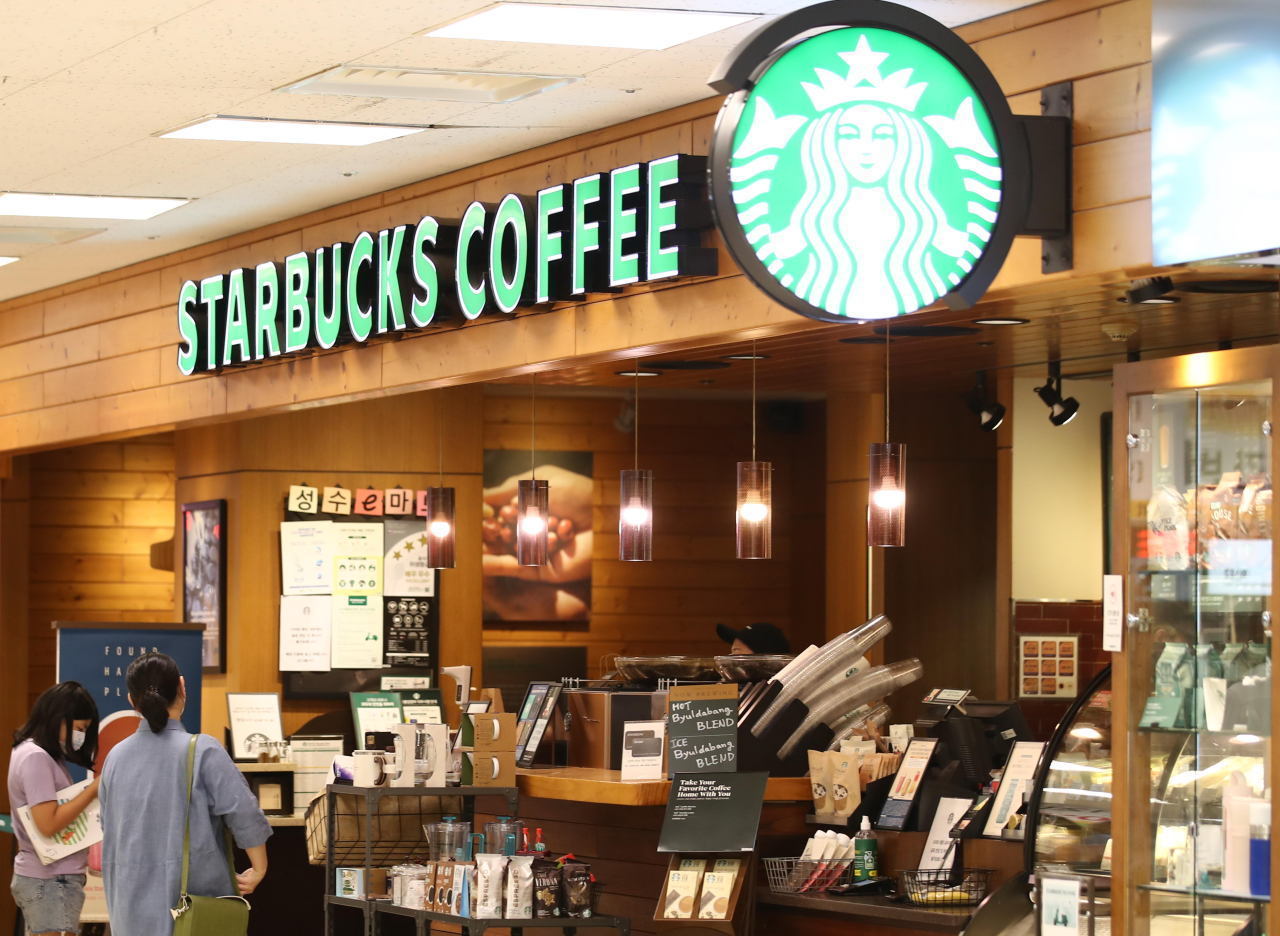 Customers wait for their beverages at a Starbucks store in Seoul. (Yonhap)

Starbucks Korea, the nation’s No. 1 specialty coffee chain, said Wednesday it is considering bumping up the price for a cup of Americano in almost eight years due to the price surge in coffee beans imported from overseas.

“Even when other franchise coffee shops have increased their coffee prices, we have fixed our price rate. It was bearable back then, but since COVID-19, the price of coffee beans and other materials such as syrups have begun to soar just too much,” an official from Starbucks Korea told The Korea Herald.

Starbucks Korea, owned by South Korean retail giant Shinsegae Group, has retained the price for a tall-size Americano at 4,100 won, after a 200 won increase in July 2014.

But the recent price surge in coffee beans has left even the market leader with little choice but to seriously consider raising its coffee price, they explained.

According to media reports, the international coffee bean price has soared on-year by 200 percent to $2.33 per pound (454 grams), logging the highest price in nine years.

Market insiders say since 2020, there has been a global shortage of coffee beans due to abnormal weather conditions and COVID-19 lockdowns in the countries where they are grown. In Brazil, which supplies one-third of the world’s coffee beans, a string of droughts and cold waves have damaged coffee plants.

Vietnam, the world’s biggest supplier of Robusta coffee beans, have had trouble with production after the government announced extensive lockdowns to prevent the spread of COVID-19, sources said.

Following Starbucks Korea, other coffee franchise shops are looking into increasing their coffee prices as well.

“We will still wait and see, however, if Starbucks Korea increases the coffee price, I think other coffee shops will generally up the price as well,” said an official from a franchise coffee shop who wished to remain anonymous.