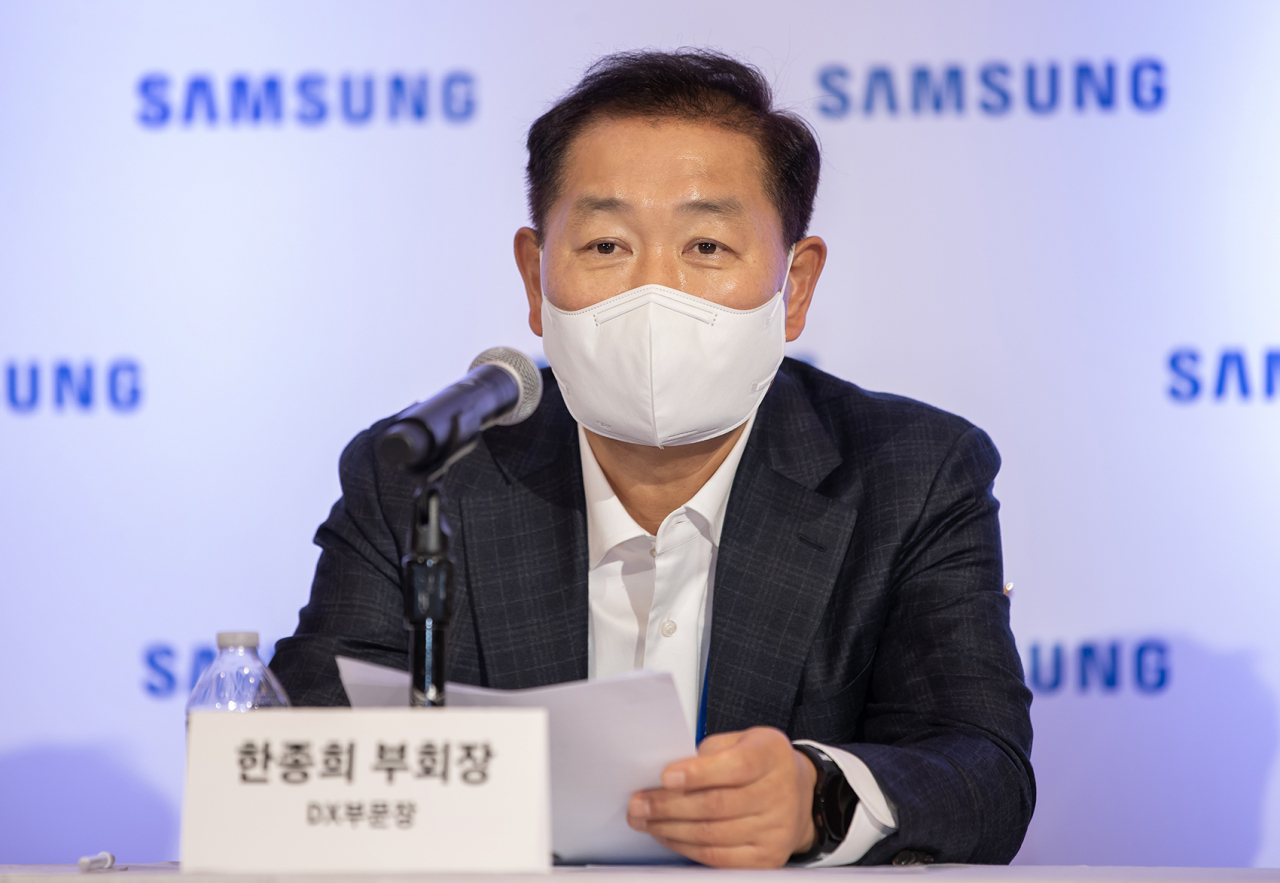 At a press conference in Las Vegas, when asked about the rumored partnership with its archrival in TV industry ahead of the world’s largest tech show CES 2022, Han said, “I cannot say because there is nothing confirmed regarding the plan (for collaboration with LG), but we are open to all options.”

The remark signals Samsung’s potential entry into the OLED TV market amid its dominance in the global TV market. Samsung has stayed at the No. 1 spot for over 15 years, largely under a two-track strategy based on their micro LED TVs and QLED TVs.

The TVs, with its latest cutting-edge display technology -- quantum-dot OLED -- also garnered worldwide attention, but Samsung did not unveil the product at CES 2022. Han said the QD OLED TVs are “being mass produced, but not at a level of quantity (Samsung) has sought.”

During the event, Han and major executives including Roh Tae-moon, head of the mobile experience division, and Lee Jae-sung, chief of the home appliance business division, laid out the South Korean tech giant’s future visions.

“Every year, 500 million Samsung Electronics devices are sold globally and the firm’s products and services have seeped into the daily lives of our customers. With the newly merged device experience, or DX, division, we will take a lead forward and create a differentiated customer experience,” Han said.

With regard to the newly established DX division, Han laid out future visions such as maintaining a “super gap” in the global TV market; providing smart home experience and global proliferation of Bespoke home appliances; and leadership in the premium market based on the success of its foldable series.

As for the flagship handset market, Han said, “This year, we will focus on making foldable smartphones not only popular but mainstream.“