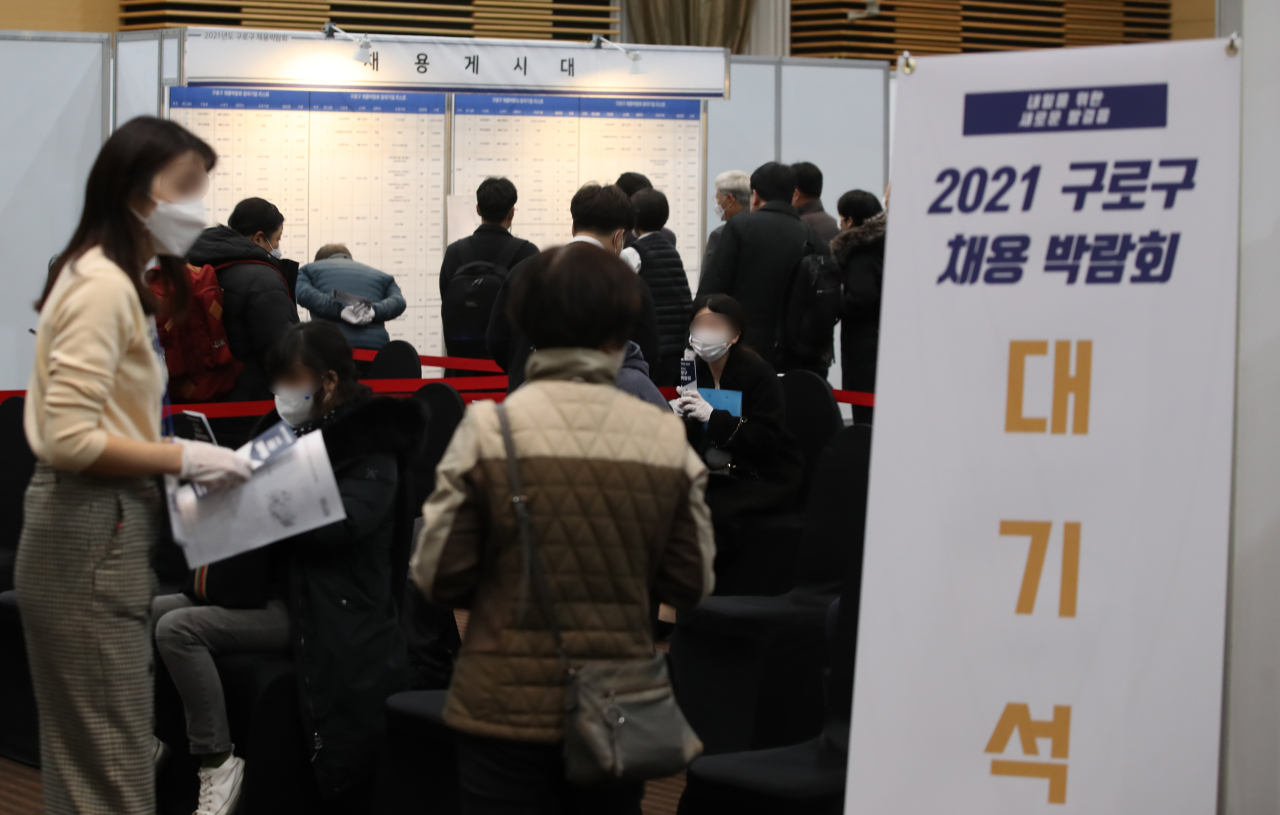 SEJONG -- The number of paid jobs for South Koreans in their 30s has declined for a seventh consecutive quarter. This could indicate a lack of job security for the core working age bracket, despite recent improvement in hiring indexes for other age groups.

Statistics Korea said Nov. 23 that the tally for salaried jobs increased by 681,000 on-year for all age groups in the second quarter. By age, the figure decreased only among those aged between 30-39.

Those in their 60s and older topped the list, with their number of jobs up by 392,000. But this had continued to trigger social criticism over job quality, with some online commenters and labor researchers claiming the government has only worked to create nonregular jobs in the public sector for retirees or seniors.

Skeptics point out that a large portion of the hired seniors are working as cleaners in the streets or at public offices, and their monthly wages mostly come from taxpayer money.

In contrast, the figure for those in their 30s fell by 17,000 in the second quarter, compared to the same period during the previous year. This marked a continuous slide of nearly two years, since the figure first declined in the fourth quarter of 2019.

Sectors such as manufacturing (minus 38,000) and construction (minus 6,000) were found to have led the worsening employment in the age group, according to Statistics Korea.

People in their 20s also suffered a drop in the number of jobs in the manufacturing industry (by 17,000), though the tally for jobs for the age group increased in the overall sector.

The collective decrease by 55,000 in manufacturing-related jobs among those in their 20s or under and 30s indicates the core working age population was still facing a tough employment market, despite gradual improvements in employment indexes amid the ongoing pandemic.

For the entire age group, the heath care and social welfare sector has shown the largest improvement with an increase of paid jobs by 192,000, followed by construction with 71,000 and public administration at 70,000.

About 25,000 jobs in the manufacturing segment were also offered to all age groups, despite the sagging performance among those in their 20s and 30s.

But the lodging and food services sector, which were severely hit by COVID-19, saw the tally for jobs slide by 9,000.