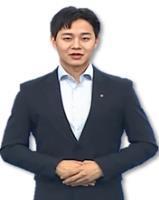 NongHyup Financial Group said on Nov. 24 that it has “hired” an artificial intelligence-powered member of staff to work along with the lender’s human staff, as part of its effort to digitize its operations and enhance the customer experience.

This is the first time a bank has officially recognized an AI machine as a member of staff, given an official position with an employee number.

The virtual staff member will take on jobs like reading rules on deposits and savings, among other work that involves helping customers quickly find services and products. A human-like robot on an AI-backed screen will engage customers.

“The machine will take on more jobs as we upgrade it, and it won’t just be our banks using it. For example, our insurance arm is up for next,” an official at NongHyup Financial Group said, noting expansion hinges on customer satisfaction.

“NongHyup has an outreach like no other, and we will use that to our advantage as we accelerate our efforts to use AI, to go digital all the way,” the official added. NongHyup maintains one of the highest offices nationwide including many underdeveloped regions.

And NongHyup is not the only South Korean lender in the heated race for digital transformation.

Early this month, major banks here introduced what they call “digital desks,” or unstaffed branches, as demand for branches without employees ran high amid the coronavirus pandemic.

Shinhan Bank opened a digital desk inside a convenience store in Jeongseon County, Gangwon Province, with a population around 35,000.

“That was the best way to attract potential customers while keeping costs, like actually running the desk with staff, to a minimum. And it works both ways. Customers are satisfied and we’re happy having served them without paying for the extra costs from a manned branch,” a Shinhan Bank official said.

The response had been enthusiastic, the official added, saying branches like those in Seoul could adopt the latest technology to reduce the long queues of customers, some of whom just need simple transactions that the AI helper could do faster.

But digitalization could also lead to job or wage cuts, according to the deputy director of the employee union at one of the country’s major banks.

“Digitalization essentially means cutting down staff because machines will have to do work they once did. It could be a new way forward, but banks are not all for profitability,” the deputy director said, adding banks should also grant equal access to everyone.

Those less tech-savvy would prefer a face-to-face meeting, he added, saying whether everyone is given a fair share of the benefit brought by AI is still debatable.