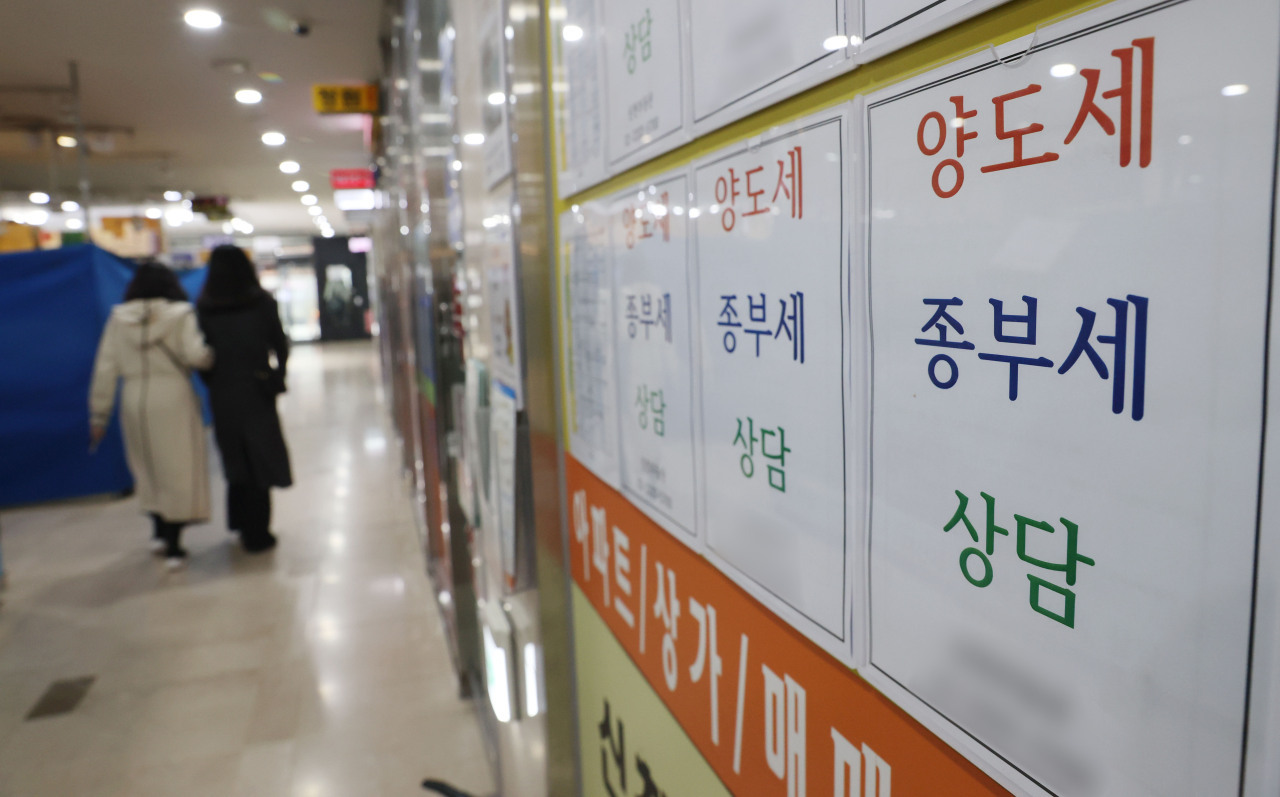 SEJONG -- The tally of those subject to the comprehensive real estate holding tax -- individuals or corporations -- exceeded 1 million this year for the first time since the nation introduced the tax in June 2005.

According to the National Tax Service, almost 1.03 million individuals and corporations are supposed to pay comprehensive real estate taxes in 2021. The figure consists of 947,000 homeowners and 79,600 landowners.

This shows that the number of comprehensive real estate holding tax targets increased by 37.9 percent, from 744,100 a year earlier.

Those subject to the tax are those owning two homes or more whose collective property value, assessed by the Land Ministry, surpasses 600 million won as of June 2021. In addition, owners of one home will become targets of the tax if their property value exceeds 1.1 billion won.

For the land segment, those subject to the tax include owners of land whose assessed value exceeds 500 million won. For business-purpose land, the value must exceed 8 billion won.

Over the 2014-2019 period, property taxes in Korea grew the second-fastest among 35 members of the Organization for Economic Cooperation and Development.

In a similar vein, Korea ranked No. 1 in the growth of tax revenue among the OECD members during the 2017-2019 period.

The OECD data showed that the Korean government’s tax revenue was equivalent to 27.38 percent of the nation’s GDP in 2019 (the latest available figure). This represents a 2.02 percentage point increase from 2017, when tax revenue was 25.36 percent of GDP.