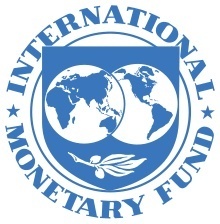 The International Monetary Fund maintained its forecast for South Korea’s economic growth for this year at 4.3 percent, while revising down its projection for the global economy, the Ministry of Economy and Finance said on October 12.

The IMF’s latest outlook for Asia’s fourth-largest economy remained unchanged from the earlier figure suggested in July. It is well above the growth estimates made by the government and the Bank of Korea -- 4.2 percent and 4.0 percent, respectively.

In its World Economic Outlook Update, the IMF cited “rising vaccination rates” and “robust exports” as key factors that can drive economic growth in the nation.

Korea achieved its goal of having 70 percent of the population vaccinated with at least a first dose of a COVID-19 vaccine in September. The first-shot rate sharply rose to 77.9 percent as of Tuesday from 11.2 percent in May.

Also, despite growing concerns over the spread of COVID-19 variants around the globe, the country’s outbound shipments came to $55.8 billion last month, up 16.7 percent on-year. It marked the highest since South Korea started compiling such data in 1956, industry data showed.

The Washington-based fund, however, lowered this year’s global economic growth rate to 5.9 percent, slashing 0.1 percentage point from its earlier estimate in July.

The downward revision reflected the uneven rollout of vaccines and financial stimulus packages between major economies and advancing nations, which hampers rapid global economic recovery, according to the IMF report.