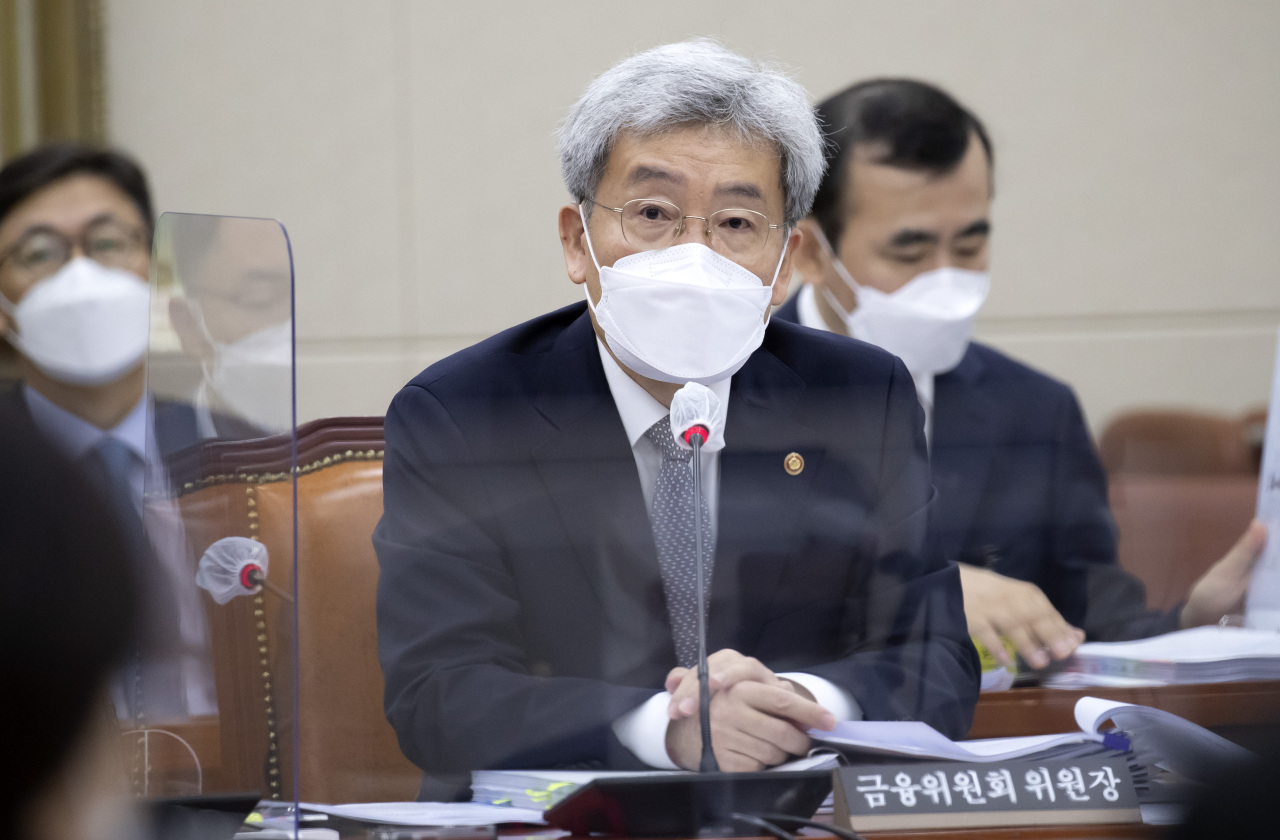 FSC Chairman Koh Seung-beom answers questions from lawmakers during a parliamentary audit convened by the National Policy Committee of the National Assembly on Wednesday. (Yonhap)

“South Korea‘s growth pace of household debt has been much more rapid than other countries. The Financial Services Commission has been stepping up efforts to prevent households’ high indebtedness from posing a major threat to the Korean economy,” said FSC Chairman Koh Seung-beom at a parliamentary audit session for the financial regulator.

The proportion of Korea’s household debt to its gross domestic product -- the market value of all final goods and services produced in an economy during a certain period -- stood at 105 percent, as of the first quarter, making it sixth highest among 43 countries, including the United States, China and Japan, according to data from the Bank for International Settlements.

Since July, the FSC has applied a stricter lending calculation for mortgage loans, called the debt service ratio, which measures how much a borrower has to pay in principal and interest payments in proportion to his or her yearly income. Under the new rule, a borrower is required to repay 40 percent of their annual income if they buy a home worth more than 600 million won ($508,000) in designated speculative areas.

As for vulnerable social groups hit hard by the pandemic, the FSC will strengthen the authority’s selective financial support programs like state-backed loans, including “sunshine loans,” while continuing with the grace period for loan repayments until March next year, Koh added.

Also, he hinted at the possibility of lowering the prepayment fee rate charged to debtors, who borrow money from government-backed lending programs, from the current 1.2 percent to 0.6 percent, to encourage them to repay more quickly.

Meanwhile, the FSC chief also vowed to closely monitor whether online giants like Naver and Kakao are abusing their market dominance in the finance sector, in a gesture to create a level playing field for conventional financial companies and their big tech rivals.

“The rise of big tech players has injected more competition and innovation into the banking sector. The FSC will keep a sharp eye on possible problems caused by their rapid expansion, like monopolies and a lack of consumer protection measures,” he said.