This is the first installment in a series of articles on North Korean defectors in transition, and the challenges and opportunities they encounter in the face of South Korea’s financial market and its rapid digitalization. -- Ed. 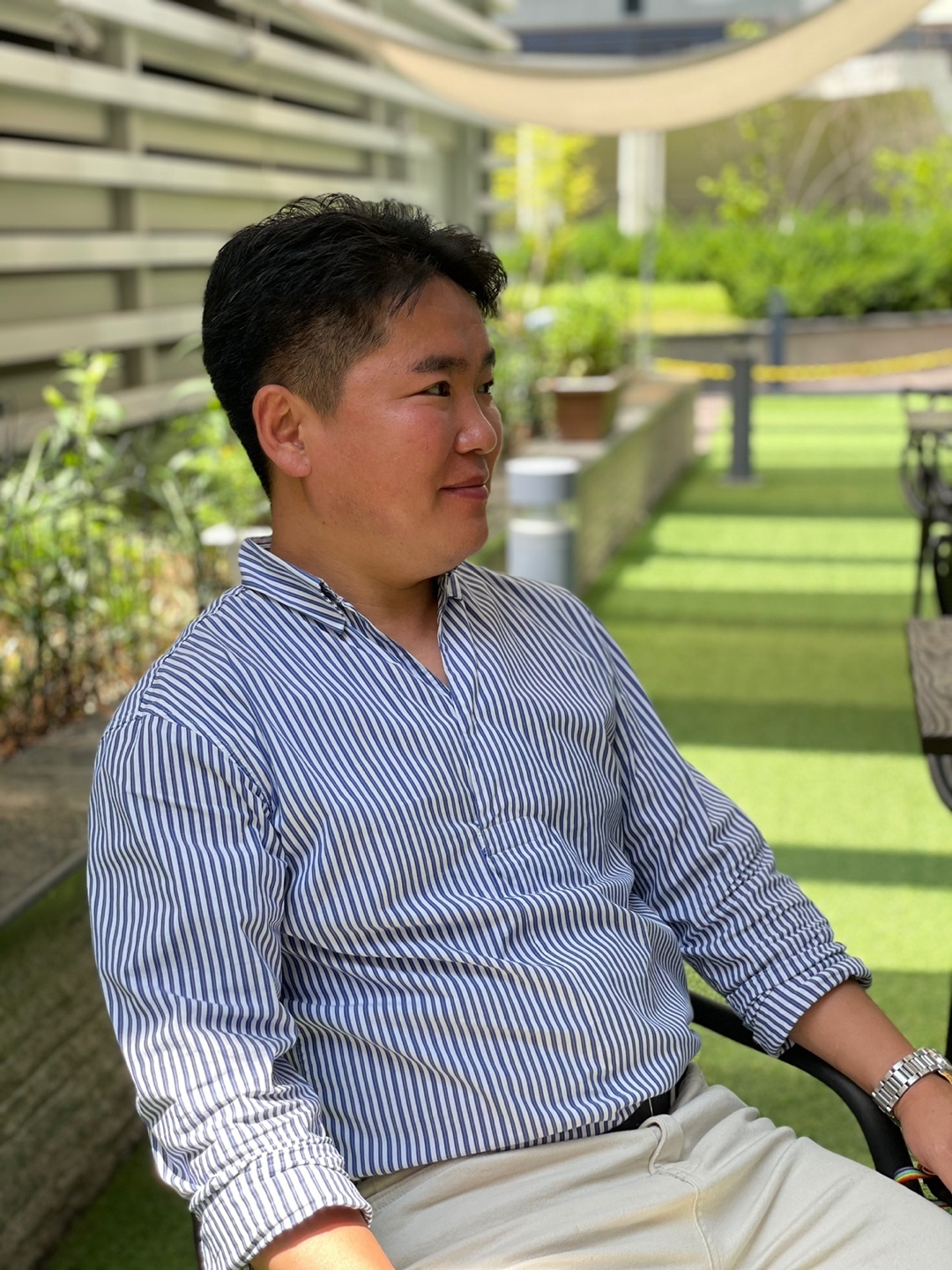 Kim Ui-jin, a North Korean defector, had never been to a bank or engaged in any kind of financial investment before he crossed the border in 2006.

In the totalitarian socialist country, where personal possession of private assets is forbidden, ownership of stocks and real estate was a foreign concept for him. It was something he thought he shouldn’t talk about.

But after settling in Seoul, Kim quickly realized that in the South -- “the land of freedom” -- money was something he had to learn about to enjoy a better life.

“I felt like I needed to learn what money actually is,” Kim said, recalling his early years in the South when he took on part-time work at gas stations.

“And becoming an insurance agent was how someone who was in their late 20s could start their financial career without a background.”

Kim thrived in the insurance business. He was later promoted to branch manager at KDB Life Insurance -- a first for a North Korean defector -- and is now a branch manager with a smaller insurer.

Working in the insurance industry has opened his eyes to investing.

Kim has built his own financial portfolio consisting of US stocks, exchange-traded funds, real estate and even cryptocurrency.

“My portfolio now consists of US stocks, including Apple and Tesla, bond exchange-traded funds, cryptocurrency and real estate,” Kim said.

He started taking an interest in cryptocurrency in 2017, but it was last year that he decided to purchase 1,000 ether to really kick off the investment.

“I know there’s volatility in the cryptocurrency’s price right now, but I’m not going to sell it right now,” Kim said.

“I’m also an insurer and my portfolio consists of stocks, real estate, futures and options,” she said.

“I’m really interested in the metaverse nowadays,” she added.

Driven by a stock-buying spree by retail investors, the country’s benchmark Kospi soared above 3,300 points in the first half of the year, hitting its zenith since the dot-com bubble more than 20 years ago.

And despite toughened regulations, South Koreans in their 20s and 30s are investing in cryptocurrency in search of higher returns as the heated housing market has dampened hopes of buying property solely with what they earn in the job market.

The same is true of North Korean defector Kim Hak-min, who runs an iPhone repair business called Sogang Jobs -- though he is treading cautiously.

“I’ve invested some millions of won in stocks and cryptocurrency. This portfolio is not that important to me because it seems like speculative buying,” he said.

“What’s important to me is that South Korea is a country where I can receive a fair cost for my labor, which is impossible in the North.” 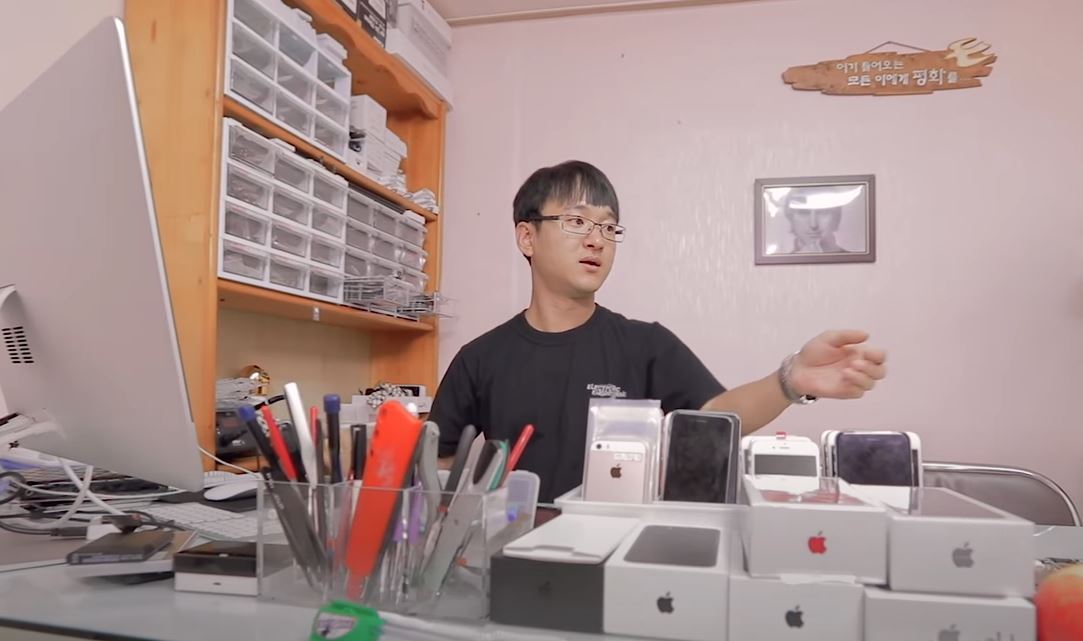 The name of the business derives from Kim Hak-min’s nickname -- Sogang University’s Steve Jobs, which caught on after he gained admission to the school in 2014 and started fixing his friends’ iPhones. He fled the North in 2011 and came to the South after crossing the frozen Yalu River into China and passing through Thailand.

Kim Hak-min spent his childhood in North Hamgyong Province, the northernmost province of North Korea, which borders China. He started fixing wristwatches at 13 and moved on to radios and televisions to earn money, later putting those skills to use in the South.

The three are just a few of the many North Koreans embracing South Korea’s market principles and financial investment strategies. The main reason they can invest is that they all have jobs that provide regular income.

The average monthly wage of around 30,000 North Korean defectors stood at 2.04 million won ($1,750) as of end-2019, according to the latest data released by the Ministry of Unification last year. It was the first time the figure surpassed the 2 million-won mark, but it still was some 60,000 won less than the median monthly salary of South Korean wage earners. And many other defectors are jobless.

The employment rate for defectors fell slightly, to 58.2 percent on-year from 60.4 percent.

Of the total, 84.9 percent were either jobless, living on minimum wage or blue-collar workers and 79.6 percent had no more than a high school education. Some 72 percent of defectors who entered South Korea that year were female, while 57.3 percent were in their 20s or 30s.

“It’s lucky if they don’t get involved in frauds targeting defectors,” said Kim Byeong-uk, a North Korean defector and president of the North Korea Development Institute.

“Some 30 percent of the defectors are known welfare recipients and most fail to succeed and move out of the government-provided homes,” he added. The 58-year-old North Korea expert became a homeowner only recently.

To help defectors adjust to capitalism, the Seoul-based think tank chief is working to publish a financial dictionary. Despite using the same language, differences in dialect and vocabulary between the two Koreas have added to defectors’ struggles, according to Kim Byeong-uk. It doesn’t help much that financial jargon consists mostly of English loan words, he said.

The difficulty adjusting to the financial environment in the South also stems from unfamiliarity with the practice of using banks to save money.

“Only 10 percent of North Koreans actually save their money in savings accounts, and most prefer to use ‘private lenders,’ where they can receive up to 5 percent for monthly yield,” according to a North Korean defector and economic analyst based in Seoul who requested anonymity.

“The central bank used to be the only bank in the North, but after Kim Jong-un came to power in 2011, commercial banks were established -- but that doesn’t mean they prefer going to the bank.”

The analyst said that despite the Kim Jong-un regime’s attempts to get people to register for savings products under the new commercial banks, the North’s people distrust financial institutions and avoid using them. Their assets could be revealed to the government, for one thing.

“North Koreans nowadays know what savings accounts are, they’re just more used to letting private lenders handle it, which can make them victims of fraud and pyramid schemes here,” the analyst said.

On top of that, with yields from South Korean savings accounts getting lower every year, and with the nation’s financial products getting more complicated by design, basic finance education would seem crucial for defectors.

For North Koreans who flee their country in hopes of a better life in the South, a bitter reality could await if they refuse to embrace the capitalistic life.

“The defectors should know they could become the bridge between the two Koreas when the era of unification comes.”