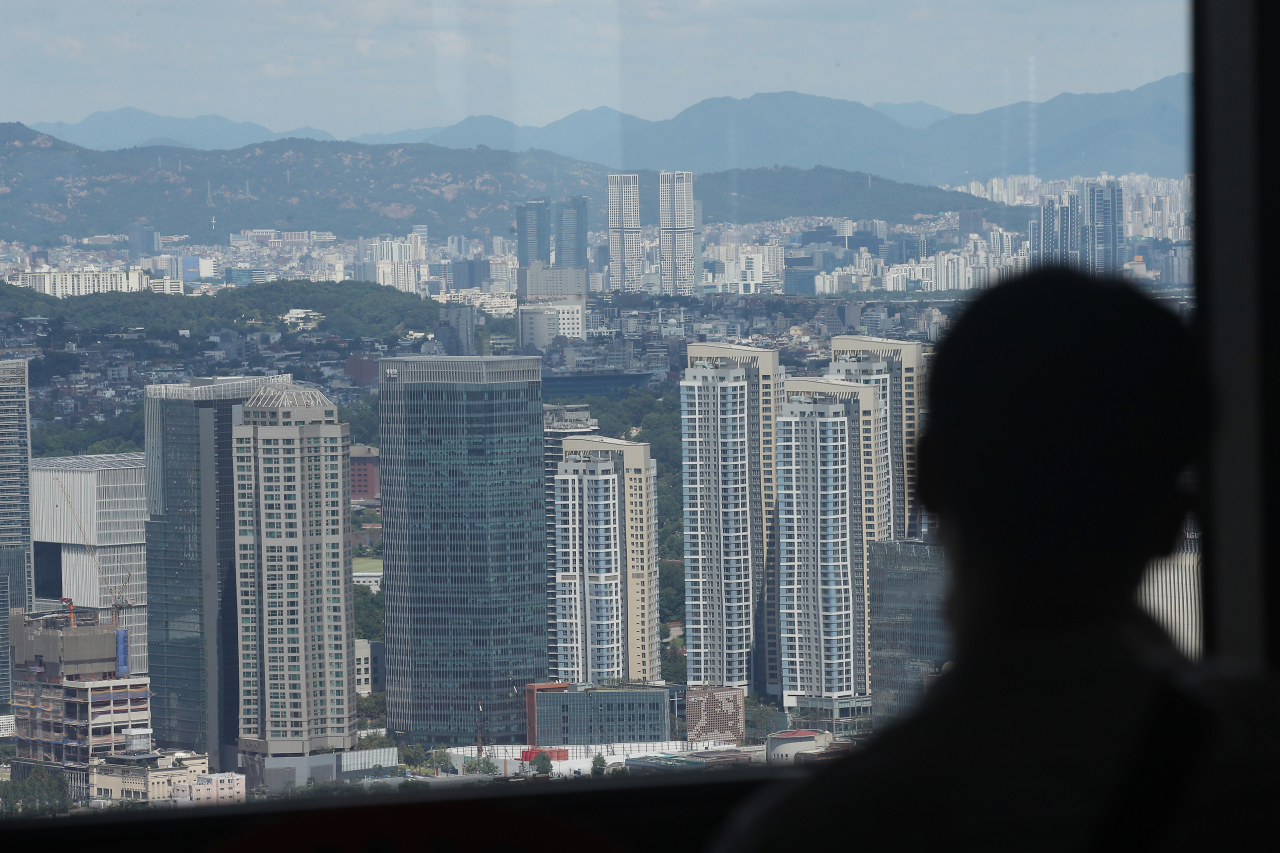 An aerial view of an apartment complex in Seoul (Yonhap)

South Korea’s traditional banks are planning to expand online and mobile mortgage services this month in an apparent bid to gain an upper hand in the market against the fast-growing KakaoBank, which announced its plan to launch 100 percent online home-backed loan services.

Internet banks like KakaoBank and K Bank have gained popularity with contactless credit loan services but the mortgage market has so far occupied by traditional lenders, which still prefer to receive property-related documents offline.

Out of the total 752.2 trillion won ($652.9 billion) of mortgages extended by local lenders to households here as of end-June, an average of 5 percent was extended via online and mobile services, data provided by banks showed. In comparison, personal loans and savings accounts offered by the banks via online and mobile services accounted for an average 70 percent of the total, spurred by Internet-only banks that have been attracting borrowers with relatively easier access to money and tolerance for lower credit scores.

KB Kookmin Bank, the flagship lender under the nation’s No.1 banking group by net profit, plans to lower the bar for its online and mobile borrowers from later this month. Customers that seek a mortgage with jointly owned properties, properties valued over 900 million won in areas designated by the government as “overheated” and those that are “temporarily registered” before actual registration would be able to apply for the services. Previously, KB Kookmin, like all traditional banks here, have requested offline applications for such borrowers due to the complicated document and its approval process.

Personalized services that provide borrowers with best mortgage products based on their credit scores and interest rates will be added to their apps as well.

KB Kookmin’s industry rival Shinhan Bank said that it has been developing an electronic processing system for mortgage-related documents that would allow customers to minimize their visits to its brick-and-mortar branches. The system will be adopted to its mobile and online services as early as this month, the firm said.

NH NongHyup Bank, meanwhile, plans to expand the list of properties for its online and mobile mortgages. It currently only deals with apartments in large complexes, but low-rise buildings, locally dubbed “villas,” or studio flats, dubbed “officetels,” will be added to the list. Mortgage refinancing, which is basically replacing the borrower’s existing mortgage with a new loan, usually at a lower interest rate, and related services is currently being reviewed to be added to the lender’s mobile and online services, NH NongHyup said.

The traditional lenders’ move to bolster the services comes after KakaoBank -- planning to go public on the nation’s main Kospi bourse on July 30 -- announced last month it would roll out mortgage products that will be “100 percent” mobile or online by the end of the year. But skeptics say that with the security issues involved with the filing of property-related documents, which currently requires customers to make at least one offline visit to the bank coupled with the financial authorities’ tightening grip on household loans, KakaoBank faces hurdles in designing the program.