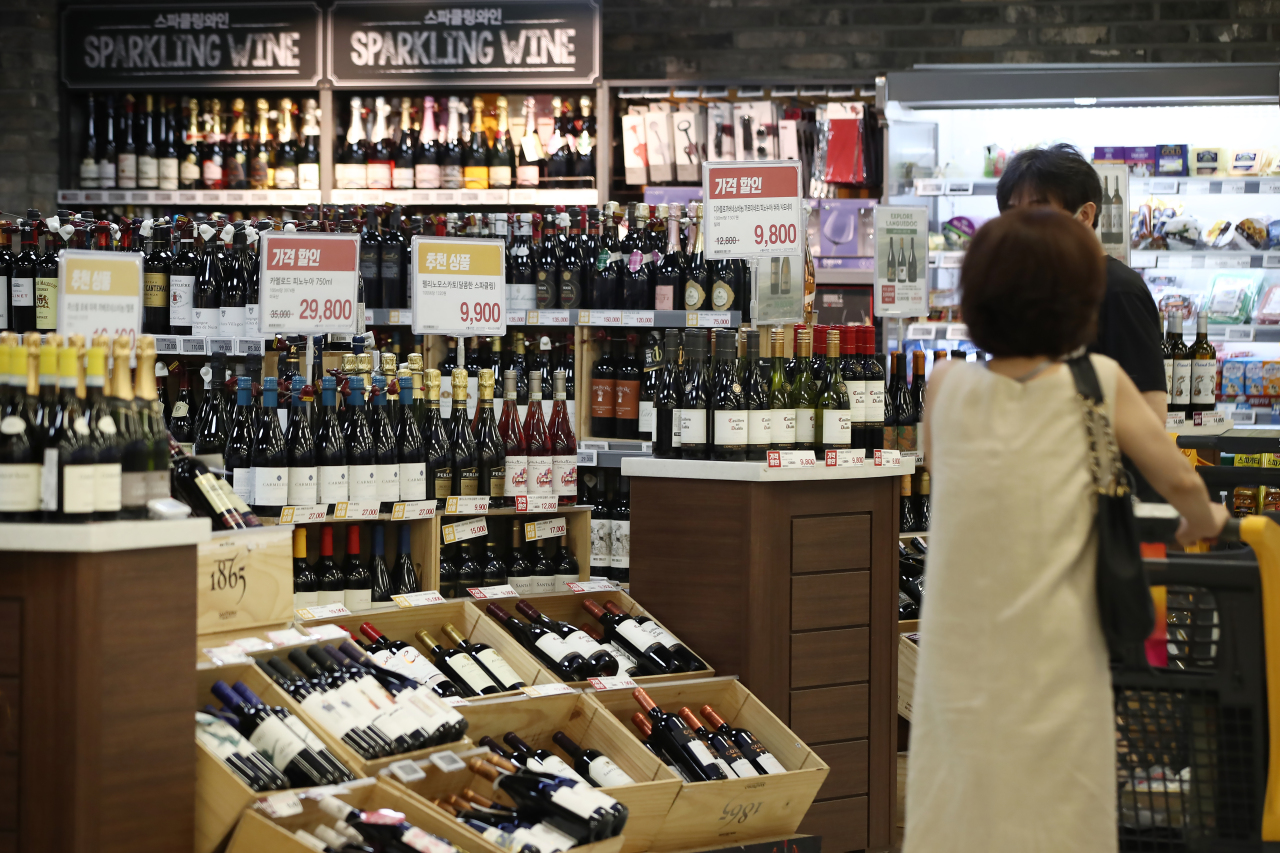 Shoppers check out the wine aisle at a supermarket in Seoul. (Yonhap)

Wine imports to South Korea hit an all-time high in the first half of this year, with a growing number of people enjoying drinks at home due to the prolonged pandemic, data showed on July 29.

According to data compiled by the Korea Customs Service, Korea imported $236.9 million worth of wine in the January-June period, up 110 percent from a year earlier.

The figure not only broke the previous first half record, but also accounted for 86 percent of yearly wine imports in 2020. Following the growth trend, wine imports this year might set a new record, officials said.

With the pandemic continuing, a growing number of people are avoiding crowded places to drink and choosing home drinking instead, they added.

Imports of red wine were the largest at $180.4 million, while white wine imports came to $49.3 million over the cited period.

The largest volume of red wine, worth $43.1 million, came from France, followed by the US and Chile.

France was also the biggest white wine exporter to Korea, shipping $13.4 million in the first six-month period, followed by Italy, the US, New Zealand, Chile and Australia, the data showed.