S. Korea proposes to tax 20% of excess profits from multinationals 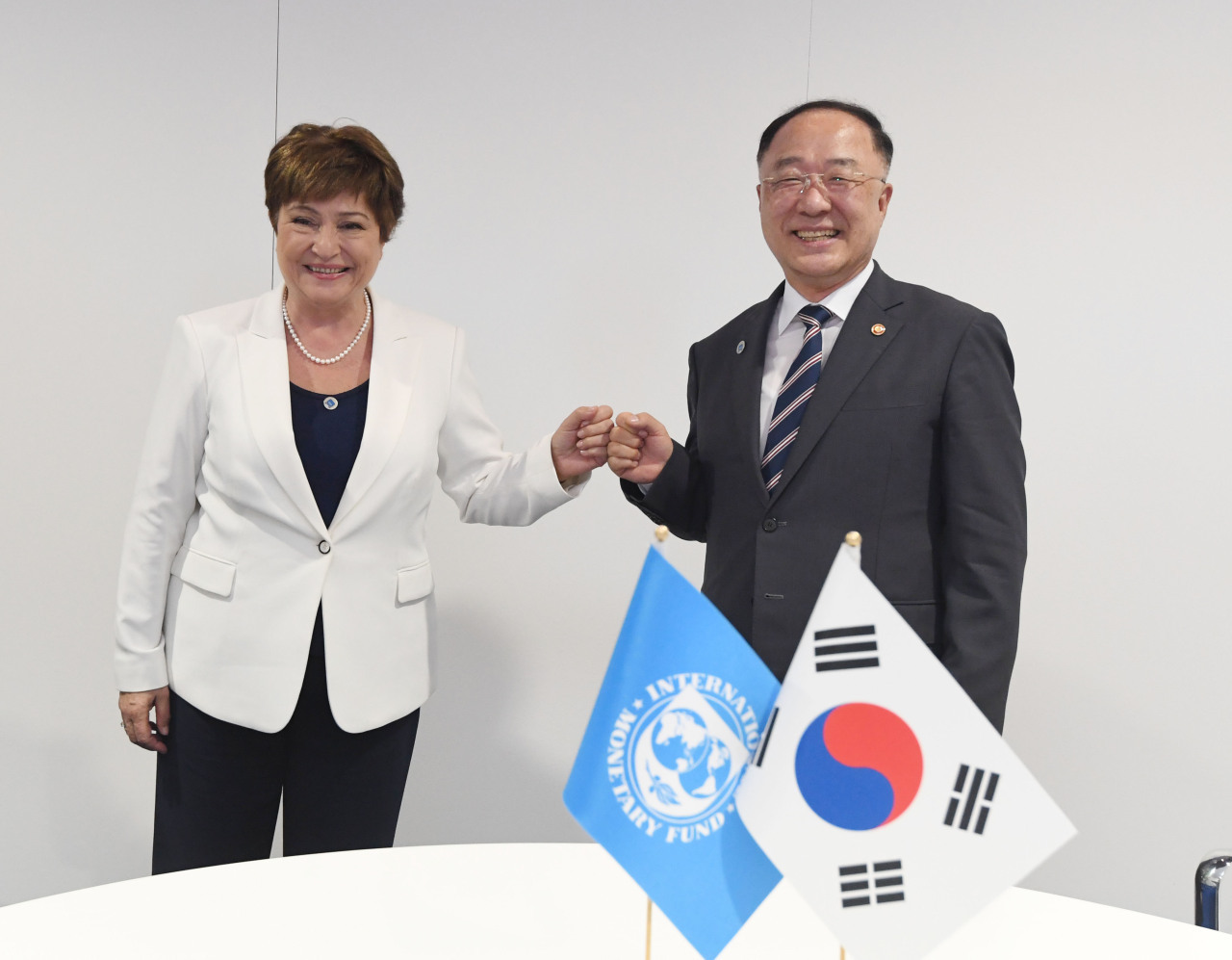 South Korea’s finance chief said on July 11 he had proposed to set tax rates on excess profits of big multinationals at 20 percent in a discussion with his G-20 counterparts over the latest global tax reform.

Global financial leaders have reached a consensus on imposing taxes on companies with rates between 20 percent and 30 percent of the profit they generate in different countries beyond a 10 percent baseline.

Finance Minister and Deputy Prime Minister Hong Nam-ki pitched the lowest 20 percent rate, saying the figure would determine the relations between countries and the “national interest.”

Hong’s remarks came in line with a G-20 meeting of finance ministers and a central bank governors meeting held in Venice, Italy on July 9-10. There, the countries signed up to a framework for international tax reform in a bid to deal with big tech firms that have been booking profits in low-tax countries regardless of where money is earned due to the rise of digital commerce. The reform included a minimum global corporate tax rate of 15 percent.

The rules are slated to be finalized at the G-20 leaders’ summit in Rome in October.

“Hundreds of businesses around the world will be subject to the digital tax known as Pillar I, and if a country is home to several such businesses, the lower the excess profit line, the better,” Hong told reporters.

“One or two major companies in Korea are expected to be included in the 100 list,” Hong said, referring to business giants Samsung Electronics and SK hynix.

But the finance chief of Asia’s fourth-largest economy added that G-20 member nations have yet to announce their “detailed stance” on setting the tax rates for excess profits. US Treasury Secretary Janet Yellen has so far replied that she understands Korea’s position in the matter, Hong said, reflecting the economies’ cautious approach to the issue.

The aim of the digital tax, known as Pillar I, is to ensure that companies operating in multiple countries pay taxes in all the countries where they provide services and earn profit, not just in their home countries.

At the meeting, Hong highlighted the need for the global economies to flexibly respond to a sudden inflow and outflow of capital, the Ministry of Economy and Finance said.

Hong’s remarks point to growing calls for the IMF to allow economies to take various measures as the US Federal Reserve has been inching toward tapering its asset purchase programs.