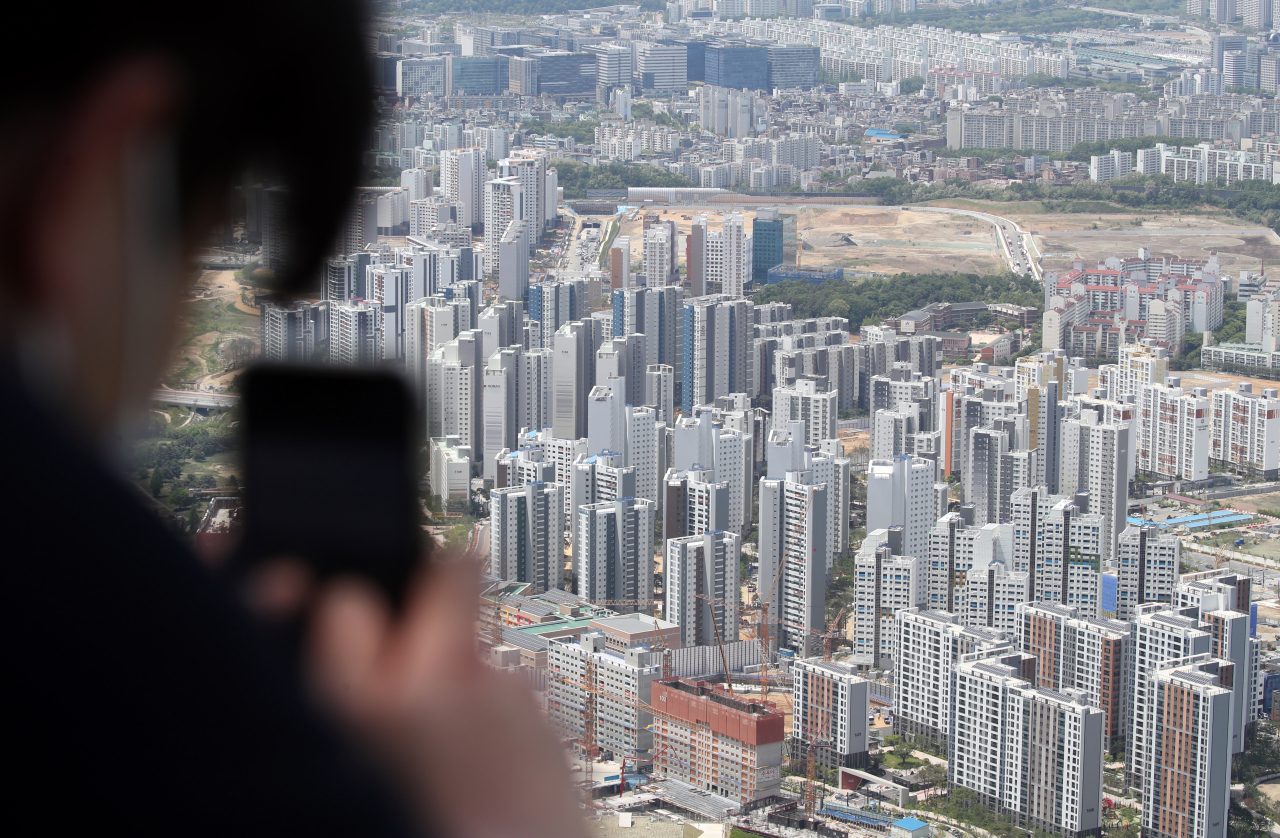 The likely scenario of South Korea’s central bank carrying out a rate hike by the end of the year is unlikely to cool the heated housing market here, industry insiders said on June 17, dismissing the impact of monetary policies on real estate prices that have surged in recent months.

The envisioned rate hike would lead to an increase in interest rates for household loans and mortgages extended by local commercial banks. But the housing market is likely to stay hot for a while, mainly due to a supply shortage of new residential units, they added,

“Even if the BOK increases its benchmark rate once by the end of the year, it won’t have much impact on the housing market. The housing market is driven by not only the interest rate, but the government’s real estate policies, the overall economy and supply and demand within the market,” said Kim Yeol-mae, an analyst at Eugene Investment & Securities.

“The situation of the nation’s housing market suffering from a supply shortage is likely to be extended and it might take longer than expected for the prices to normalize,” she added.

Nationwide housing prices have been gaining for 21 consecutive months as of end-May, data released last week by the Korea Real Estate Board showed.

On top of that, apartment prices in Seoul and surrounding areas gained more than 1 percent for the fifth consecutive month in May, separate data from the local properties information provider showed. This marked the first time that prices had gained more than 1 percent for such a length of time since the agency began compiling related data in 2003.

The “chaotic” situation of the real estate market, has been feeding concerns of experts, who believe the forecast is too “cloudy” to make rash judgements.

“The heated market trend is likely to stay with us for a while,” Kiwoon Securities analyst Seo Young-soo said.

“So many variables exist due to price risks stemming from the heated market and the government’s real estate policies which is only expected to get stricter,” he added.

The Moon Jae-in administration has so far announced more than 20 sets of real estate policies -- focused on levying heavier taxes on those who own multiple homes to increase market supply -- but have only managed to temporarily cool down the market.

The central bank’s decision to slash its benchmark interest rate to a record-low of 0.5 percent in May last year also became a key catalyst behind the nation’s snowballing household debt.

“It is undeniable that financial imbalance worsened due to snowballing household debts and the widened gap between the actual and asking prices for homes,” a BOK monetary policy board member said in the latest rate-setting meeting held May 27. The remarks were released in anonymous minutes on June 15.

“Potential buyers should keep in mind that the current dovish policy will not stick forever and the ‘overshooting’ housing prices should be resolved in stages due to a shift in buyer sentiment,” the official added.

Thirteen members of the US Federal Open Market Committee, which releases its dot plot of projections, said early on June 17 that the Fed will hike rates in 2023, and the majority of them believe the central bank will hike rates at least twice that year.

The economy currently improving from the COVID-19 pandemic may extend the price growth, Kim suggested.

“If the US sees enough economic rebound to continue hiking rates and South Korea’s exports improve enough to increase rate in a rosier environment, then the housing prices here could continue their gain,” she said.