Krafton seeks up to W5.6tr in S. Korea’s largest IPO 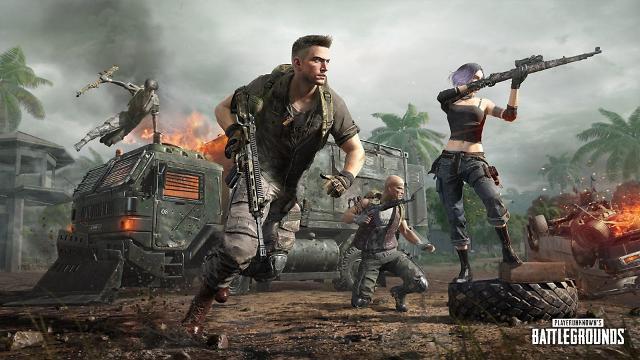 South Korean game developer Krafton is looking to raise up to a record-high 5.6 trillion won ($5 billion) in an upcoming initial public offering on the Korea Exchange, which is likely to become the largest market debut here, a prospectus showed on June 16.

Upon listing after the IPO, Krafton is expected to clinch the No. 1 spot among domestic gaming rivals with at least 23 trillion won market capitalization, exceeding the 18.6 trillion won of NCsoft and 11.3 trillion won of Netmarble on the KRX’s main board Kospi. The company is also likely to beat Nexon on the Tokyo Stock Exchange, where it has a 2.3 trillion yen ($21 billion) market cap, given that the debuting stock starts trading higher than the offering price.

Krafton said that the IPO will lay a cornerstone for the company, known for its flagship battle-royale style game PlayerUnknown’s Battlegrounds, to search for new opportunities in mergers and acquisitions.

The prospectus, submitted to the Financial Services Commission, showed that Krafton aims to float over 10 million ordinary shares going public, with its target price band for the IPO standing at between 458,000 won and 557,000 won apiece.

If the share price is confirmed at over 485,900 won each in the book building ending in July, Krafton’s IPO proceeds will become the largest in Korea’s capital market history. It would beat Samsung Life Insurance’s 4.89 trillion won in May 2010, the largest to date. Krafton was trading on the over-the-counter market at 575,000 won apiece on June 16.

The prospectus also revealed that at least 2.3 trillion won in proceeds will be used to acquire content platform providers, as well as make minority stake investments in such companies over the next three years. The move is meant to “maximize mid- to long-term enterprise value” in order to “maintain a global competitive edge,” it said.

This will translate into over 70 percent of proceeds through the new share issuance in the IPO. Of 10 million shares floated, Krafton will issue 7 million new shares and 3 million shares will stem from existing shareholders including a private equity fund backed by founder Chang Byung-gyu.

The news came a week after the company gained a preliminary approval to list on KRX’s main board Kospi, opening doors to collecting bids from institutional investors and retail investors. Mirae Asset Securities will be the lead underwriter of the deal.

This comes amid a bullish IPO market trend in Korea.

So far this year, Korean firms listed on the KRX has fetched nearly 5.5 trillion won in IPO proceeds as of Wednesday, excluding special purpose acquisition companies.

This is already close to the level of IPO gains throughout 2020 at 5.8 trillion won, thanks to a number of giant IPOs, including SK ie technology’s deal that raised 2.2 trillion won and SK Bioscience’s 1.5 trillion-won IPO.

Krafton has sold 75 million copies of PlayerUnknown’s Battlegrounds for consoles and personal computers, while the game’s mobile adaptation recorded a milestone of 1 billion downloads across the world. Moreover, the company is eyeing the new release of PUBG: New State within this year, and is working on new projects such as the Callisto Protocol, Project Cowboy and Project Windless.

During the first quarter of this year, 94 percent of its 461 billion-won revenue came from overseas.