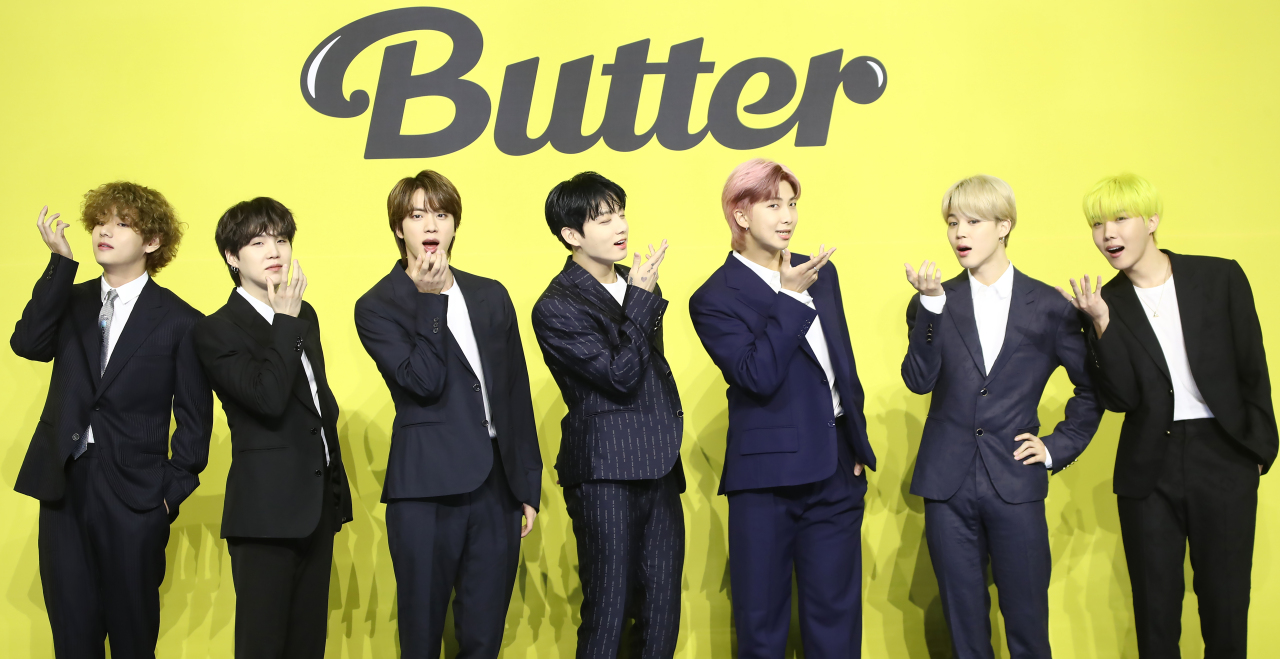 BTS members pose for photo during a press conference held after releasing “Butter” on May 21 in Seoul. (Yonhap)

After closing at 282,000 won per share on the nation’s main bourse Kospi on June 14, Hybe’s market valuation exceeded 10 trillion won and continued its winning streak on June 15 rising 2.48 percent to 289,000 won at close. The benchmark Kospi, the country‘s main stock bourse, inched up 0.20 percent on the same day.

“Once BTS resumes concert tours, Hybe could achieve a quarterly operating profit of 100 billion won on the back of both online and offline events,” said Lee Gi-hoon, an analyst at Hana Financial Investment. Lee’s prediction was based on the revenue from BTS’ previous online events.

Another two-day online concert that marked the group’s 8th anniversary took place on June 13 and 14. It attracted 1.33 million viewers and the revenue is estimated to reach as high as 79.1 billion won.

“Starting from online fan meetings on June 13 and 14, BTS can have at least two more online concerts in the second half of this year. Considering that concert viewers have been rising, Hybe could easily achieve at least 20 billion won in revenue from fan meeting ticket sales alone,” wrote Lee Hyun-ji, an analyst at Eugene Investment and Securities.