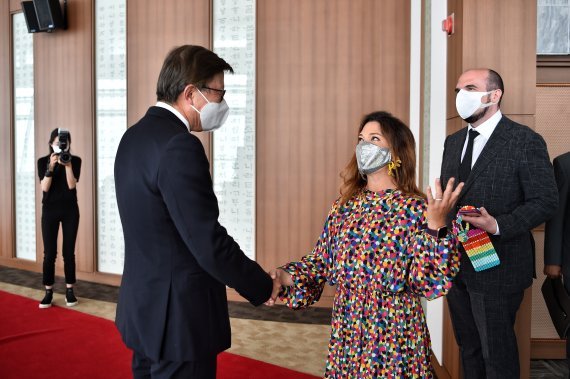 Randi Zuckerberg, a former chief marketing officer of Facebook, is mulling whether to set up a special-purpose vehicle in Busan and invest in a digital media content startup, according to the Busan Metropolitan Government on June 14.

Through this special-purpose vehicle backed by Assemble Stream, an investment firm she founded, and a local company, Randi Zuckerberg plans to support and invest in promising startups that focus on the industry, said the municipal government. Busan was designated as a Blockchain Regulation Free Special Zone in August 2019.

Zuckerberg visited South Korea for the first time since she was appointed as a strategic adviser to Is Media, a Kosdaq-listed company, in March 2021. The company earlier this year decided to make a foray into the blockchain industry and appointed Zuckerberg as an external board member.

“You obviously cannot think about the world without thinking about K-content, which is a huge global business,” Zuckerberg said during an interview with local media. “I’m launching an SPV that’s focused on the future of what live entertainment would look like in this hybrid world.”

Zuckerberg is an early employee of Facebook and its former director of market development as well as a spokesperson for Facebook. She currently serves as CEO of Zuckerberg Media, a production company and marketing consultancy.